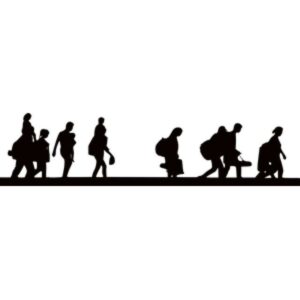 I always thought education was a good tool to fight bigotry, apparently I was wrong. A German scientists, Gangolf Jobb, is revoking the licence for his bioinformatics software, Treefinder, for researchers in eight European, immigrant friendly, countries.

Treefinder is commonly used for scientific papers to build diagrams, from sequence data, showing the most likely evolutionary relationship of various species. The software has not been updated for years and is not unique or irreplaceable. It is widely used because researchers are used to it but alternatives are already being listed for those who must, or want to, change.

The scientists in Germany, Austria, France, the Netherlands, Belgium, the United Kingdom, Sweden, and Denmark are affected from Jobb’s decision.

He wrote “Immigration to my country harms me, it harms my family, it harms my people. Whoever invites or welcomes immigrants to Europe and Germany is my enemy,” and added, “Immigration unnecessarily defers the collapse of capitalism, its final crisis,”

The scientist had excluded researchers in the USA earlier this year, protesting the misuse of the scientific system to promote the goals of a small but rich elite, stressing that the mentioned elite “misuses the country’s power to rule the world. The USA is our worst enemy.” and that “evil old men rule the world.”

It takes all kinds to make a world, but I would prefer less of his kind participating. To be fair I must add, he sees himself “as no more racist than most people in Europe”, without naming his source of information.