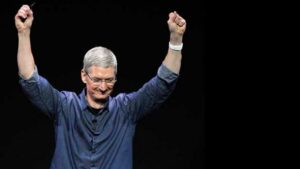 Apple’s influence on the market may be waning but they still capture the attention of the market when they announce new products.  There are 5 elements that came out of the Apple announcement this week that will likely increasingly resonate to new Smartphones and wearable devices.   Let’s talk about the broad impact of Apple’s launches this week.

If you looked under the covers of Apple’s new phones and got around the design elements what you saw was a very PC like performance message.  Faster CPU, more powerful graphics, much faster networking, much more capable and higher power camera, and a more powerful battery.

It used to be we just focused on battery life and the ability to do things on phones as kind of a base line apologizing for the fact there performance was substantially lower than the PCs we have on our desks.  Going forward we’ll increasingly see Smartphones showcase ever more performance and battery life will likely remain relatively constant.  Not just processing and graphics performance but networking performance as well because, generally, that’s where the devices are bottlenecking now.

Apple has clearly given up their counter strategy of trying to keep screens small.  While they aren’t leading in screen size with this round they are now supporting the idea that bigger is better.  Having recently moved from a 6” phone to a newer 5” I can state categorically that once you go big it is really hard to go back.  Bigger screens mean you can use the phone for more and more tablet tasks.   Apple’s announcement now blesses this move to bigger phones and right now 5.5” is likely the sweet spot but, I expect, this will increase but think there is a hard limit that will be hit between 6” and 7”.

Apple was really the only company that could get enough attention to set the bar for what a Smartphone should be.   Their effort is consistent with past successes of growing the iPod platform to the new talks.  The Apple Watch is basically an updated iPod Touch made small again with a watch form factor much like the iPhone was an iPod touch with a radio and the iPad was a humongous iPod Touch.

Personally I think this may be a bit too complex for your wrist or the screen will be seen as too small and either or both of these will be addressed in the next generation it does suggest that the market will gravitate now towards more full featured Smart Watches with larger screens that can rival small tablets and Smartphones in features (mostly pulling from the Smartphones they are connected to).

Apple reinforced that design is important in a mobile device.  All of the hardware products they launched have a heavy design focus.  They are thin, use rich materials, and are designed to enhance the status of those using them.  For a wearable device in particular design is likely the most important element because watches have generally been more personal jewelry than a technology showcase going back decades.

This technology has had an ugly birth largely because folks couldn’t seem to figure out what to do with it.  I have my first NFC phone myself now the Qualcomm based Nokia 930 and connecting it to compliant accessories is as simple as tapping on the accessory and then clicking on “yes” on the menu that pops up.  A ton easier than your typical Bluetooth setup which often seems more like a test of patience then a wonderful experience.   From being able to connect to accessories with a touch to using the phone instead of a credit card Apple’s support for NFC should drive this technology more quickly into the market.

Your Phone for Payments

This has also had a very slow ramp to market but with all of the security concerns surrounding credit cards it is well past time to bring this to market.   A phone is far harder to clone and can provide instant notification if someone is using your credit card information without your permission making any form of identity theft far more difficult.  Apple embracing this approach should force the industry to adopt it more quickly making us all far safer in the near term future.

In the end while Apple isn’t first with much in their latest announcement they will perform the role of accelerant driving much needed new technology into the market more quickly.   I still think they should be embracing transflective displays like Qualcomm’s Mirasol technology for things like Smartwatches because we need to be able to see the screens better outside and need the battery life boost for devices with small batteries and big screens their announcement enforces most other technologies with some additional exceptions.

The two other exceptions are wireless and fast charging which is showing up in other phones.   The first allows you to leave the charger at home and the second can fill the phone with power in a few minutes rather than a few hours and is increasingly important as batteries and the need for more and more power continue to grow.

Overall while the Apple launches still lack the old Jobs’ magic they remain a good bellwether for what will be coming to all of use both on and off Apple’s platform and showcase a future of Smartphones and Wearable devices that are increasingly more capable.  This is still just the start, even more amazing things are coming.

Why there is no such thing as security