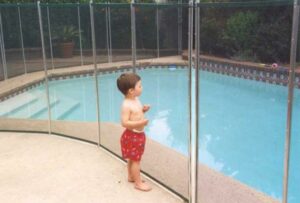 Google has set its sights on another key audience demographic as it targets continued growth: children.

The search engine giant has announced that it will be revamping its web services to enable children to use them more safely.

Currently, the age limit for creating a Google account in the UK is 13 years old, but the new features would allow younger users to access the services. These include a dashboard for parents to oversee their kids’ activities and monitor the kind of content that they see.

Similarly, the firm is also rumoured to be building a child-safe version of YouTube that would block inappropriate videos so that the site remained suitable for users under ten.

The change will also mean that anyone who signs up to a Google account on Android devices will be asked to share their age, just as they do when signing up on personal computers.

Google has so far refused to comment on the speculation, but if true, the move could significantly increase its user base. Children are adopting technology at an increasingly young age and with parents concerned about the type of content that they might be subjected to, Google’s new services could prove attractive.

Alongside the problem of inappropriate content, the creation of child-friendly web services may also help tackle the issue of children inadvertently making purchases without their parents’ knowledge.

Too many consumers leaving banking details on multiple mobile devices