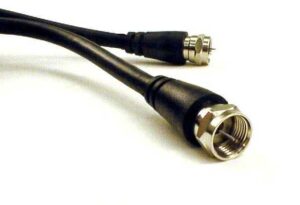 Not everyone in the U.S. is cutting the cord just yet but according to new data from the Leichtman Research Group, the top cable companies had about 49,915,000 broadband subscribers by the end of this second quarter, compared to about 49,910,000 cable TV subscribers.

Okay, a 5,000 subscriber difference is not terribly substantial but it does indicate a growing trend in user habits.

It seems like these numbers are showing what most of us already knew. The way that people watch television (or ‘consume content’ if you want to use marketing speak) is changing. We already knew that network television viewing has been on the decline for decades, primarily due to cable and satellite television services offering hundreds of alternative programs. And in recent years even those habits have been shifting to ‘on demand’ viewing of programs.

Now we are beginning to enter a new era where we get more and more of our TV fixes online. Obviously a lot of our preferred content comes in the form of Netflix and Hulu movies but there is also a lot more short-form content consumption from sites like YouTube and others. Still more content is finding its way into our homes from social media sources and interactive material like online-based games.

Even though there have been numerous studies showing that Americans watch way too much television, if you chip away those hours with a movie here and there, an hour or two watching YouTube clips and time spent blasting your online friends and foes into oblivion sooner or later you won’t have time to watch the next episode of Survivor.

We are rapidly entering a world where all our content is personalized and while most people are perfectly happy letting someone else create that content for them, they do want to pick and choose. Even with a few hundred channels to pick from on cable, it’s nothing compared to the literally millions of options the Internet provides.

Hacking the Internet of Things and the Connected Home