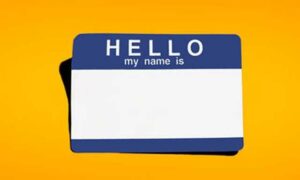 Microsoft developers have “passionately debated” the idea of changing the name of their much-maligned web browser, Internet Explorer (IE), according to one of its designers. The revelation came amid an “ask me anything” session on Reddit.

When asked whether the team behind IE would “ever consider rebranding and changing the name of Internet Explorer”, Microsoft developer Jonathan Sampson answered:

“It’s been suggested internally; I remember a particularly long email thread where numerous people were passionately debating it.”

“Plenty of ideas get kicked around about how we can separate ourselves from negative perceptions that no longer reflect our product today,” he added.

Changing the name of the infamous browser could be a way for Microsoft to break from the poor reputation it gained in the past, after a long period of neglecting its flagship browser. The company has recently pumped huge amounts of investment into turning IE 11 into a decent and actively maintained browser – but it’s still tainted with the sins of the past.

When asked why the name hasn’t already been changed, Sampson replied that “The discussion I recall seeing was a very recent one (just a few weeks ago).”

“Who knows what the future holds,” he added cryptically.

Microsoft also confirmed that in spite of a new policy of offering new features in the regular monthly updates to the browser, there will still be new major versions in the future. The Redmond-based software giant also confirmed the end of support for older versions of IE and for out of date ActiveX controls.

Other Reddit users had some suggestions for the new browser name.

“I’m putting money down you are going to make a new browser called ‘One’,” chipped in one user.

“What about Bong?” mused another. “It could work. Bing and Bong. Sounds good.”

Ignore No More app sure to enrage kids