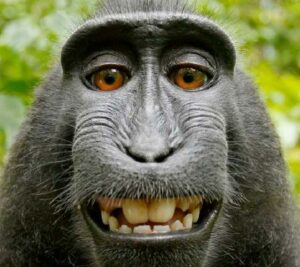 Wikimedia has published their first Transparency Report detailing requests for information about individuals and takedown requests.

It’s not surprising that the Wiki world gets a fair number of takedown requests – some of them legitimate and some of them not, and their first ever Transparency Report outlines exactly how many requests they have received in the past two years, where the requests originated from and how many of the requests were honored. It also reveals how many requests for private information they have received and what they did about those.

For the most part Wikimedia is pretty stingy when it comes to removing items from the various Wikipedia flavors, Wikimedia Commons, Wikivoyage and Wikitionary. The one exception is Digital Millennium Copyright Act (DMCA) takedown requests which usually involve copyrighted materials where 41 percent of the 58 requests were granted.

At the other end of the spectrum of the 56 requests for user data only 14 percent were granted. Although Wikimedia points out that they don’t usually have any user data to share that isn’t already public. And when it comes to removing content of the 304 requests to remove content Wikimedia acquiesced exactly zero percent of the time.

On the Wikimedia transparency page they do list of few examples of requests that were denied. One being a frame from a film shot by Matt Kandle at the 1932 World Series that provides evidence of Babe Ruth’s famous “called shot,” in which he gestured to center field before hitting a home run to the same location. Wikimedia declined to remove the image “on the basis of fair use, citing its extraordinary value in illustrating the famous moment and the educational purpose it serves.”

Another example (quoted quite often on other tech news sites) was a ‘selfie’ taken by a female crested black macaque monkey using a stolen camera. They received a request from the owner of the camera, claiming that he owned the copyright to the photographs. “We didn’t agree, so we denied the request.”

And then there was another request from a Tasmanian aboriginal language center that demanded the removal of the English Wikipedia article on ‘palawa kani’, claiming copyright over the entirety of the language. “We refused to remove the article because copyright law simply cannot be used to stop people from using an entire language or to prevent general discussion about the language.”

While these examples might cause a chuckle or two, reading through the report leaves one with the sense that Wikimedia is doing their damnedest to make it as difficult as possible for people to whitewash the online information repository. They make it sound like they treat every single request quite seriously and even assuming the requestors have met all the legal requirements, Wikimedia still investigates whether the request is valid or not and then makes a decision based on their own standards.

That might piss off some governments and fans of legal systems around the world but at least someone seems to be willing to fight for freedom of information (as our own governments seem not to care).

Everything is hackable including your car