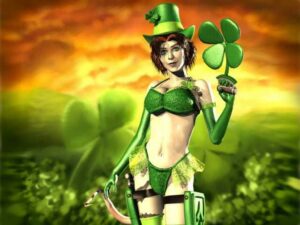 It’s an incredibly sticky situation that is likely to get worse before it gets better.

The ruling asserts that because Microsoft controls the data it stores overseas, its foreign subsidiary companies are just as applicable to U.S. law. “It is a question of control, not a question of the location of that information,” Judge Preska said in the ruling.

Judge Preska also added that the ruling will be stayed to allow Microsoft to appeal the decision to an appeals court, which sounds a bit like she wants the whole mess out of her court and onto some other poor judge’s plate.

Microsoft’s general counsel Brad Smith said, “The only issue that was certain this morning was that the District Court’s decision would not represent the final step in this process. We will appeal promptly and continue to advocate that people’s email deserves strong privacy protection in the U.S. and around the world.”

On Tuesday Smith told the Wall Street Journal that the US government “can’t force American tech companies to turn over customer emails stored exclusively in company data centers in other countries.”

He added, “Microsoft believes you own emails stored in the cloud, and that they have the same privacy protection as paper letters sent by mail. This means, in our view, that the U.S. government can obtain emails only subject to the full legal protections of the Constitution’s Fourth Amendment.”

Things are getting way out of hand when it comes to using U.S. based tech firms as ping pong balls in a back and forth spy vs spy battle between governments.

As we reported two weeks ago the British government thinks it’s perfectly okay to snoop on U.S. communications and collect data, web searches and emails if they are stored in the U.S.:

The BBC News has reported that according to Charles Farr, director general of the Office for Security and Counter-Terrorism, spying on American-based search and social media traffic was perfectly legal under British law.

Farr told Privacy International that Facebook, Twitter, YouTube and web searches on Google – as well as webmail services such as Hotmail and Yahoo – were classified as “external communications,” which meant they could be intercepted without specific warrants.

But when someone searches for something on Google or posts on Facebook they are sending information overseas – constituting an act of external communication that could be collected under a broader warrant which does not need to be signed by a minister, explained Mr Farr in a 48-page written statement.

Of course this latest ruling by a U.S. court is probably going to raise the ire of many EU lawmakers who will assert that while it might be okay for them to spy on U.S. companies it is not okay for those same U.S. companies to let the courts spy on Europeans.

We are in an age where lawmakers around the world are forcing companies like Microsoft, Google, Facebook, Twitter, YouTube and others to promote their own spying and censorship agendas rather than getting their own hands dirty.

Hey, So You Want to See Something Cool? How about the inside of my home in 3D!