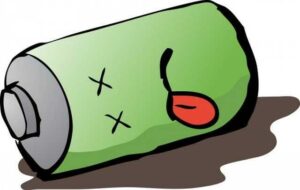 There is a bug in Google’s Chrome browser that steals system clock cycles on Windows machines that could drain a laptop’s battery as much as 25 percent faster than any other browser.

The bug was first reported back in 2010 but apparently Google has had better things to do than saving energy or worrying about draining people’s batteries. Ian Morris, a contributor to Forbes noticed the problem years ago and in a recent post revisited the issue (causing a bit of a storm that might have actually kicked Google into actually working on the problem).

Apparently, as Mr. Morris point out in his post, when the Chrome browser is launched on a Windows machine it sets the ‘system clock tick rate’ to its highest rate and locks it there. What this means for your computer is that even when Chrome is idle the system still checks to see if it needs attention 1000 times per second. Other browsers such as Windows Explorer or Firefox set the system clock tick rate to 15.625ms which means the processor wakes just 64 times per second to check on events that need attention.

If any browser is active and executing things like playing a video from YouTube the system clock tick rate will increase the amount of processing power it needs, but when the Chrome browser returns to a less processor intensive state it remains at the highest level.

Macs and Linux machines don’t have this problem because they use something called “tickless timers.”

The solution? Not much a user can do about the problem except switch to another browser and wait for Google to address the problem (which apparently they have finally begun to do).

This is not a unique problem that has only surfaced on Chrome. For years, ever since multitasking made its appearance on PCs, developers could set the amount of attention the main processor would devote to their application. They could set a level of priority sort of like saying ‘this application can share the processor with other applications because it doesn’t need constant attention’ or ‘this application really needs all the horsepower it can get so give it everything you’ve got.’ The problem here is there are many programmers out there who say, ‘if I set the priority to high, even if I may not need it, then my application will run faster and everyone wants their application to run faster.’ The trick is, some programmers forget to set it back to a lower setting when the application doesn’t need it.