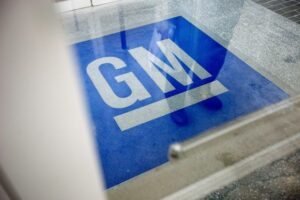 Watching GM do recall after recall is painful but realize they are trying to recover from decades of bad and unethical decisions.  What folks likely don’t realize is that the same decision process that created GM’s problems are alive and flourishing in most companies and if we want that process killed we need to aggressively support GM or it will return there and other firms won’t change.   Since this process, as GM has demonstrated, puts the lives of folks you care about at risk as well as your own it really is in your own best interest to support GM.

Let me explain how the decision process works when an expensive problem is found in most large companies.   The employees that become aware of the problem typically have 4 ugly choices they can report the problem and escalate until the problem is fixed.  Best case on this path is generally getting fired but getting a large check under the whistleblower laws and ending up retired early.  Worst case is simply being fired and both instances you are no longer employable in a similar job anyplace.   You can report the problem and be ignored, which preserves your job but if customers take the company to court your report will be used as evidence against your firm and best case is you’ll be shuttled to some corner office and your career will be over.  Worse case is you are done as well.   You can ignore the problem and pretend ignorance which could work if you can live with the personal guilt of being partially responsible for those injured.  This is the most common choice suggesting that guilt issue isn’t really that bad.   Or you can quit and go someplace else before the problem blows up thinking that way it really isn’t your problem.

At no point is it ever a good idea, even if you are an internal auditor, to escalate a problem that the executives don’t want to deal with even though, with the explosion of the internet and data analytics, it is less and less likely a cover up will actually work.   And, as we saw at GM, when a cover up fails it can be incredibly costly.

If we look back at the financial collapse a few years back that was also institutionalized bad behavior because the bankers were clearly aware what they were doing was unethical the folks in power and in enforcement were simply incentivized to behave badly.

GM is trying something heroic and I doubt it will actually work largely because behavior like this is incredibly hard to change and the litigation alone is going to cost the company billions.   But, if they are successful, they should be more worthy of your trust than any other large company in their class that hasn’t made this change.  This means it is in our best interest to help them change as much as we can, be supportive of their effort, and give the company our business.

I’m not saying we should do this altruistically but because it is in our own personal best interests because more companies doing the right thing means will live longer safer lives and so will those we care about.   Supporting GM’s heroic efforts, and when you put your company on the line to do the right thing that really is heroic, is simply in our best interests.

You have choices in life you can choose to pick the prettiest or the cheapest product you can blast companies like GM that have made mistakes but both of these things causes’ executives to focus on appearances and cover up problems rather than correct them.   I suggest you choose your vendors based on how well they take care of you, what their ethical values are, and whether they have your back rather than are simply focused on your wallet.   In this instance I think GM is working their collective butts off to have your back and that is an effort we all should more aggressively support.

How is that for a solid justification to buy the new Stingray?

Google I/O 2014 kicks off with hecklers and killer robots

Why You Need An Architect