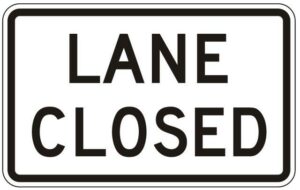 In an effort to make themselves look like the good guys five democrats have introduced a new bill that would insure true net neutrality…assuming they can get it passed.

The Online Competition and Consumer Choice Act, was introduced today by Senator Patrick Leahy of Vermont and Representative Doris Matsui of California, along with three other Democrats. The bill would prevent broadband providers from collecting fees from websites and online services for preferential traffic handling.

In a statement Senator Patrick Leahy said, “Americans are speaking loud and clear—they want an Internet that is a platform for free expression and innovation, where the best ideas and services can reach consumers based on merit rather than based on a financial relationship with a broadband provider.”

Representative Doris Matsui added, “Our country cannot afford ‘pay-for-play’ schemes that divide our Internet into tiers based on who has the deepest pockets. This is essential to the growth of our economy, and the health of our democracy.”

The bill, while noble in its intent, has almost no chance of passing since the Republican-dominated House of Representatives has developed a policy of automatically rejecting anything that has a Democrat’s name on it. Plus the Republicans have made it pretty clear that they oppose any sort of net neutrality (or progress of any sort for that matter).

FCC Chairman Tom Wheeler might actually back a bill like this since it could finally give the FCC legal authority to regulate ISPs – a power that the FCC has been looking for. The FCC’s revised proposal on net neutrality has caused a firestorm recently because it opens the door for ISPs to charge some content providers for better service. That little caveat generated more than 120,000 comments from enraged Americans, a blizzard of standup comedian ridicule and heated debate on Capitol Hill.

What people mostly missed was the fact that Wheeler and the FCC had to revise the proposal in the first place because the courts threw out a case where the FCC tried to fine Comcast for infractions of their original rules. The court decided that the FCC didn’t actually have the power to fine any ISP because ISPs don’t fall under FCC authority.

Buy hey, at least there are a few politicians making a effort to do the right thing – even if it is only a token effort.