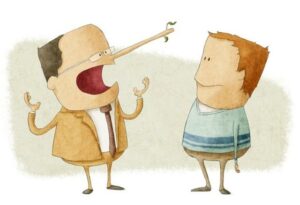 A number of websites have been carrying a story today about a recently released report from Sandvine Incorporated ULC. The report stated that Netflix now accounts for 34% of peak internet traffic. But that report may have been rigged.

When I saw the stories I thought the numbers seemed high – exceptionally high in fact. So I went to the Sandvine website and checked out the report for myself. Things still didn’t sound right to me so I did a little research of my own to find out who Sandvine really was.

As we all know Comcast has been one of the key players in the net neutrality fracas that has been storming around the FCC these days as they try to work out regulations surrounding whether or not Internet service providers can charge fees to some customers and not others.

Comcast and Netflix have been in a battle over whether Netflix should have to pay a premium for delivering their movies over Comcast’s cable broadband networks. Comcast has been claiming that Netflix uses too much of their network bandwidth and should be forced to pay for that privilege.

Netflix has accused Comcast of deliberately choking their feeds to subscribers in an effort to extort those fees. Essentially Netflix claimed that Comcast threatened to make their streaming movie service useless unless they paid that fee. Netflix later reluctantly signed a deal with Comcast.

Now if the new Sandvine report were true then perhaps Comcast has a legitimate case for charging them extra.

It it were true, that is.

Not only is Comcast a major customer of Sandvine it turns out that they have licensed nearly a dozen patents from the company. And, according to a Sandvine press release they received ‘an expansion order worth over $5 million from a Tier1 North American cable company’. Maybe it wasn’t Comcast…then again. Either way Comcast has ties with Sandvine and that puts a dark cloud over any reports they come out with when the results of those reports might benefit Comcast.

When you consider the fact that 100% of Sandvine’s profits come from Internet service providers like Comcast you have to wonder it the Sandvine report is nothing more than a pack of lies intended to placate their customers – wireless internet, DSL and cable companies.

But even if they jiggered the numbers to please their customers you can bet those figures are going to end up being used as ‘evidence’ at some trial or government hearing.

Smarten up your tennis racket with a Shot Stats Challenger