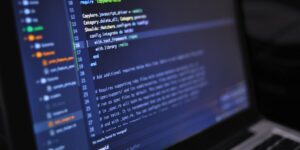 As software development trends evolve over time, so do the associated technologies and tools. These changes seek to increase productivity, customer satisfaction, quality, and deliver successful services and products. Software testing plays a crucial role in fulfilling these objectives. But testing highly integrated smart devices pose several challenges that can only be overcome through smart analytics and intelligent automation.

Beginners, especially, require efficient test platforms that are self-adaptive and self-aware enough to support the full application lifecycle. A list of the ten best commercial and open-source automation tools used for testing software by newbies, compiled with the help of wow how studio, is listed below:

The name Selenium is famous in software testing circles as the best open-source test automation framework meant for online apps. Tracing its origin back to the 2000s, Selenium started out as a strong automation framework but soon became the go-to resource for web automation testers. Any newcomer to the field with competent scripting and advanced programming skills must rely on Selenium to harness his/her full potential. And, if that’s not all, this tool has become the core framework for more open-source test automation resources, including Robot Framework, Watir, Katalon Studio, and Protractor.

Numerous system environments are compatible with Selenium, such as Mac, Windows, and Linux. The tool is also supported by IE, Chrome, Firefox, and Headless browsers. The best part is, scripts for this tool may be written by a fledgling developer in the programming language that he/she is most comfortable with, like Groovy, Java, Perl, Python, C#, Ruby, and PHP.

Although Selenium provides a tremendous amount of flexibility to testers when it comes to writing advanced and complex test scripts, the tool might not be a good option for beginners interested in developing automation libraries and frameworks for certain testing requirements as it requires intense effort and programming skills.

This powerful software testing automation tool is meant for mobile devices, web applications, and online services. Using the Appium and Selenium frameworks as its foundation, Katalon Studio seeks to draw out the full scope of these two solutions for the purpose of integrated software automation. No wonder the tool can accommodate varying degrees of testing skill set.

When a budding developer tries out this tool, he/she will find it simple enough to begin an automation testing project. For example, they might use Object Spy so that test scripts can be recorded. However, for programmers with high-level skill and automation testing knowledge, Katalon Studio is a powerhouse that enables them to maintain their scripts properly while creating new libraries.

It is possible to integrate this free tool into CI/CD processes and use it in conjunction with other major tools for software testing during the QA phase, such as JIRA, Git, Jenkins, and qTest. A highlight of Katalon Studio is the feature known as Katalon Analytics. It displays comprehensive details about test execution reports to users in different formats, including graphs, metrics, and charts via a easy-to-use dashboard.

As the name suggests, this commercial testing tool is meant for functional testing. Unified Functional Testing (UFT) offers a full set of features for API, web services, and GUI testing of mobile, desktop and online apps across a wide range of platforms. The reasons why so many beginners swear by this tool include the impressive image-based object recognition capability, automated documentation, and reusable test components.

This commercial tool relies on Visual Basic Scripting Edition to register object control and testing processes. As a result of being integrated with Mercury Quality Center and Mercury Business Process Testing, UFT also supports CI when integrated with CI resources like Jenkins.

Watir has an open-source license and is used for the purpose of web automation testing as per Ruby libraries. The tool allows beginners to perform cross-browser testing on Internet Explorer, Opera, Firefox, and headless browser. Apart from that, Watir even allows for data-driven testing and can be integrated with BBD tools, such as Test/Unit, RSpec, and Cucumber.

Created by IBM, this commercial tool is a data-driven testing platform for regression and functional testing. Rational Functional Tester (RFT) can support a vast range of apps, including Ajax, Flex, .Net, SAP, and Java. The scripting languages used for this tool consist of Java and Visual Basic. Net. Apart from that, the tool provides a unique Storyboard testing option where the actions of the users on AUT can be recorded and visualized in the storyboard format via screenshots of the application. One other critical feature of RFT is its integration with IBM Jazz app lifecycle management systems, like Rational Quality Manager and IBM Rational Team Concert.

A product of SmartBear, TestComplete is a powerful testing tool with a commercial license meant for desktop, mobile, and web testing. The tool supports different scripting languages, including C++Script, Python, JavaScript, and VBScript. As in the case of Katalon Studio, testers of the SmartBear tool can perform data-driven and keyword-driven testing. There is also a simple playback and record feature integrated into this tool.

The GUI object recognition power of this tool automatically detects and updates the related UI objects. This minimizes the effort on the part of newbies and also makes it easier to maintain test scripts once the AUT undergoes some changes. On top of that, TestComplete integrates with Jenkins via a CI process.

TestPlant eggPlant is an image-based commercial automation software testing tool for beginners that helps them interact with AUT in the same manner as end users. This tool varies wildly from the traditional approach to testing tools, modeling the point of view of the user instead of the usual test scripts view. As a result, testers with minimal programming knowledge can apply test automation without difficulty. Various tools, including mobile, web, and POS systems are supported by TestPlant eggplant. Also of interest is CI integration and lab management.

This is a full-featured automation software testing tool for desktop, mobile, and web testing. The tool comes with improved capabilities for reusable test scripts, playback/record, and GUI recognition. Another beneficial feature is codeless test creation, enabling new automation testers to understand and apply test automation principles to their ongoing projects.

Selenium integration is supported by this tool and assists with web app testing. It is also possible for testers to distribute the execution of their tests throughout various browsers and platforms using the Selenium grid. Businesses will find the low-pricing model of this commercial tool to be a big draw.

This framework may be leveraged by test engineers in the form of an automation framework, not just for web testing but even for iOS and Android test automation. It is easy to learn for beginners familiar with the concept of keyword-driven testing.

Each of the abovementioned automation software testing tools possesses unique features that address the growing challenges of software automation in future.

6 Things You Need to Consider When Expanding Your Business