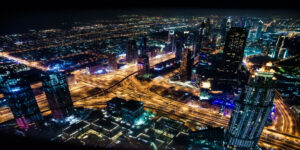 The 27-year-old was appointed as Minister after Sheikh Mohammad announced the UAE Strategy for Artificial Intelligence, as a part of their UAE Centennial 2070 objectives.

So this might come off as a strange account in the world of politics but apparently, UAE is taking their technology sector very seriously. The initiative was said to improve government performance and create an innovative and productive environment through AI.

As big tech companies today are looking to shift into the AI field, it is understandable where UAE is coming from as the capital of technology in the Middle East. Big brands like Lenovo are taking this shift seriously with them announcing their machine-learning technology. They are also launching a management suite to help with the program, the Lenovo Intelligent Computing Orchestrator (LiCO) to ensure the success of their AI program.

More companies are releasing new AI programs, along with the development of different AI companies, so UAE is embracing this new future.

UAE had also created a new position for the Minister for Advanced Sciences in their plan to expand their technology economy. Currently, Dubai has one of the highest levels of ICT adoption in the region by both the public and the government. UAE’s mobile usage had also increased to 228.3 phones per 100 people in the first quarter of 2017.

This shows the power UAE has in terms of technology and it is understandable that UAE is trying to achieve a very ambitious plan for reaching a technology-driven economy. This, however, brings us to the question of what exactly is the UAE doing? What is the point of a Minister of Artificial Intelligence?

Let us run down the idea of the Minister of Artificial Intelligence and what are the plans for UAE?

One of UAE’s main goal is to create a Smart Dubai city by 2021. This, of course, will be done with the main focus of utilizing a technology-based economy, where the government are making use of Internet of Things (IoT) systems, data analytics, blockchains, hyperloop projects, 3D printing, autonomous vehicles and drones, robotics and artificial intelligence applications.

By utilizing technological developments, UAE hoped to create a city with a positive impact where everybody involved will be both a consumer and producer towards the products, services, and ideas – where people are able to easily exchange information.

This idea is identified through six main areas of action:

Aside from creating a technology-based economy, UAE also aims to increase their happiness index. By taking part in the digital transformation, they are hoping to create a more comfortable living space with the creation of smart high-tech cities, as well as producing tens of billions of UAE dirhams in financial benefits for the public and the private sector.

By utilizing the powerful development in technology, UAE is hoping to create the ideal resources and infrastructures for their people.

Artificial Intelligence is one of the fastest progressing technological development out there. According to Statista, in 2017, the global AI market was expected to be worth USD 2.42 billion. These numbers seem to be increasing every year, which shows how powerful AI is.

It is most likely that AI will take over the world soon and it is time to get on board the bandwagon. If we look into UAE’s progress in the AI sector, economists predicted that UAE’s AI investments were thought to hit AED $33 billion by the end of 2017.

So with the increase of AI these days, it is understandable that UAE is on its way towards a technological political system. Their ambitions of creating high-tech cities are also proof of this movement. This explains the reason behind a Minister of Artificial Intelligence and we can only wait to see what UAE has in store next.

This article was sourced from Think Progress, the official Lenovo blog.