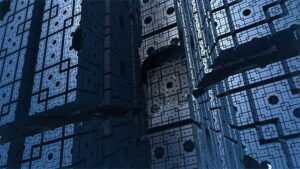 Let’s talk about the TACC Frontera Supercomputer this week and why it may be the best approach to creating a Supercomputing resource for a rapidly changing world.

Supercomputers are used for massive mathematical problems and simulations.  They are the primary computational resource for understanding and solving some of the most challenging problems the nation and the world face.  Supercomputers are ranked by performance, but the hardware used in creating a supercomputer can range widely, and the rankings can change dramatically year over year.

For instance, this is the ranking in 2020, and it placed the Frontera Supercomputer at 8th in terms of performance. Then in 2021, two high-speed computers showed up at the top of the chart, pushing Frontera just off the top 10.  But given the diversity of Supercomputer loads, particularly in a University Research environment, the higher-ranked computers have little flexibility meaning they are really good at some jobs but likely not competitive with jobs that would better run on other technology.

This lack of flexibility has likely been a problem given we have, during the Pandemic, been trying to repurpose Supercomputers from their everyday tasks like weather mapping and understanding the universe to locate medications that can mitigate the virus.  Some faster technologies are far more expensive, and speed vs. cost is a variable that every researcher has to plan around.

Choosing the specific technology and speed you need for your task would provide a critical level of flexibility that most of these supercomputers lack but not the Frontera, which was implemented with a blend of technology to meet best the needs of the researchers who use it.

Using A Cloud Metaphor For A Supercomputer

What makes the TACC Frontera Supercomputer stand out is this cloud-like technology flexibility.  Cloud services increasingly deploy a wide range of technologies to choose the hardware instance they need, either by calling out specific hardware or specific virtual systems ideal for their jobs.  This flexibility in Cloud services is a competitive advantage because it assures customers remain in the service regardless of how those jobs and related needs change.

This flexibility is why I think the TACC Frontera approach is superior to most other Supercomputers.  Because it provides a way to optimize individual jobs for speed, hardware preference, and cost, providing the critical choice that researchers will appreciate when balancing technology, cost, and speed.  It is not only a showcase for TACC. It is also a showcase for Intel and Dell Technologies (both Dell and EMC) to create a uniquely flexible solution for the University of Texas and the National Science Foundation that funded much of the effort.

Wrapping Up:  Speed Isn’t Everything

Most supercomputers are monolithic, using one kind of hardware to achieve a performance ranking but not appropriate for jobs designed to run on different hardware.  Particularly in educational institutions where the breadth of skills is as essential as specializations to assure the greatest breadth of opportunity, you need choices.

The TACC Frontera computer at the University of Texas appears to provide that unique breadth. It thus may be the best Supercomputer for a changing world even though it isn’t the fastest.  In a world defined by change, I think flexibility is more important than absolute performance.

Three Tips for Expanding Your Business Beyond Product Development