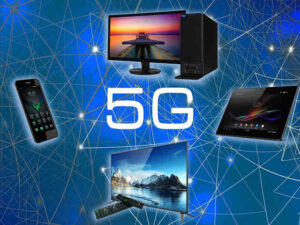 This week I attended an interesting conference hosted by Huawei and Light Reading on 5G.  Speaking at the streamed event was Peter Jarich, Head of GSMA Intelligence, Camille Mendler Chief Analyst Omdia, and Ernest Worthman, Executive Editor Applied Wireless Technology AGL Media group.  They collectively argued that the most substantial near term opportunity for 5G was in the enterprise and government but that few carriers have figured out how to sell the technology.

They concluded that enterprises and government would drive 5G revenues because most IT spending was flat or declining when surveyed, but 4 of 10 entities in these verticles indicated they are planning to increase spending for 5G types of efforts.

Let’s talk about why Enterprises and Governments are going to drive the initial 5G adoption.

Wi-Fi, due to the massive amount of metal on a manufacturing floor, has proven problematic.  Also, Wi-Fi has been relatively unreliable, which is why 5G and specifically millimeter-wave appear to be favored by this segment to securely and reliably connect the various edge systems to their control components.  This use of 5G technology is favored to provide the security and reliability manufacturing sites need, with the flexibility they desire to be able to reconfigure between parts runs rapidly.

This effort would focus on sites like Costco and Amazon’s distribution centers. Monitoring for shrinkage and increasing automation has increased the need for distributed connected technologies like robots and cameras.  Here security concerns and the high density of metal shelves also make Wi-Fi less than ideal, and for similar reasons to manufacturing, 5G appears to be, increasingly, the preferred option.

Service providers are still learning how to sell 5G capability, and the speakers indicated that one of the problems is that they are selling it as the solution rather than a part of a solution.  5G is just transport, by itself, it doesn’t do anything.  It is what you connect to it that creates the solution.  So service providers need to work with partners to create complete solutions if they want to move this technology into the places where it is most needed.  On top of the industries above, it has also been attractive with Transport & Logistics firms in healthcare, mining, utilities, and education.  The average productively increases where it has been deployed is in the 3.6% to 5.4% range, which is significant and likely enhanced by many people working from home right now.

One of the significant potential enablers is AI, which can provide both automation enhancements and decision support.  Both can require, depending on the usage model, a significant number of remote sensors so that the AI can understand enough of the environment to either provide the best advice or the most optimized decisions.  One of the most interesting areas for this is autonomous cars, which are expected to leverage centralized resources to make better decisions.   However, one of the big problems right now is that cities don’t want to be responsible for wrong information that might result in an accident.  Once that problem is solved, connecting those cars to smart cities lower the potential accident rate significantly.

5G continues to roll out, and I was fascinated by the discussion that service providers currently don’t seem to know how to sell it to the companies that want it.  Another problem that came up in passing is that early 5G deployments aren’t meeting performance expectations due to bottlenecks in the backhawl.  So we are having a few teething problems with the technology. Still, the call also showcases substantial demand for this technology in vertical markets needing high bandwidth, low latency, secure and reliable wireless connections.  This need is primarily driven by the requirement to support higher flexibility in wholesale stores, distribution centers, and manufacturing sites.

5G continues to roll out faster than 4G did, but that speed is causing problems with the infrastructure and sales teams struggling to adapt to this new technology.   The Pandemic isn’t helping but, I expect, by the end of 2021, we’ll have this mostly sorted.  It will take a few more months to refine the sales approach and infrastructure so that 5G can both meet its sales and performance expectations.

CDC on Cloth Masks: Mutually Beneficial on the Wearer and Others From Spreading Covid-19