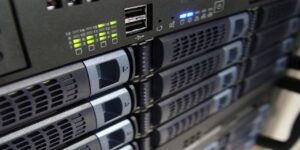 Often it is the hidden dynamic between vendors and their suppliers that can be game-changing, and this dynamic can either provide unexpected benefits or unexpected problems.  For instance, the battle between Apple and Qualcomm for modems created huge problems for both companies that most users of Apple products are just seeing now because Apple is now behind in 5G support which is proving problematic for their new premium lines.

In the server space, there is an odd dynamic between Intel and the Server makers where it isn’t clear who worked for whom.  Intel acts as if the OEMs are their sales channel, which is partially correct, and the OEMs act as if Intel is a supplier which, I think, is more efficient because the OEMs are closer to the customer.  This conceptual conflict has created operational problems which flared up during the various security problems that Intel has been having in terms of timely notification and mitigations which badly hurt performance and seemed to leave the OEMs both out of position concerning protecting their customers and did collateral damage to sales.

In contrast to Intel, AMD has always been more subordinate to its customers, and the OEMs took notice.  One of the examples of this is Dell’s new Epyc PowerEdge Server Line which I think is game-changing both in terms of sustainable performance and due to the powershift between OEM and supplier favoring customers.  Let me explain.

You learn this in the military, but one of the rules in any endeavor involving people is that you need a solid chain of command.  Where you don’t have that, and the team has to execute, the result can go wrong because responsibilities aren’t clear and people end up getting in each other’s way.

When suppliers and OEMs fight for who owns the customer or the initiative, you get the same result.  This chain of command problem emerged when we moved from mainframes and the first UNIX efforts and moved to PC technology and Windows.  The power shifted from the firms that made solutions like IBM and Sun, to those that supplied critical components like Intel and Microsoft.  This change had the positive benefit of driving cross-vendor standards and lower prices but had the downside of introducing command conflict where the OEMs and the central suppliers all seemed to be fighting each other for control and customers got confused due to the conflicting messages.

Servers often use VMware, which is a Dell Technologies company, and or Linux as the primary and both are subordinate to the OEM or applied by the buyer, but the Intel/OEM conflict remained.

In contrast, AMD, which also has a unique custom build to order business, has never really fought the OEMs for control, lacking the size and power to do so.  Until recently the firm wasn’t very competitive with servers, but that changed with their Epyc line which appears to perform as good or better than Intel alternatives and reportedly lacked many of the unique security exposures Intel enjoyed.

Now while the performance advantages may be fleeting, Intel remains the more powerful company, the relationship advantage is sustainable, and that means the OEM, in this case, Dell can better control and assure the result.  This more defined hierarchy means that Dell can more reliably assure the AMD products they make than they can assure their Intel-based counterparts because AMD effectively works for them while the Intel dynamic, as noted, is less well defined.

I think Trust is one of the most important parts of any vendor-client relationship, and AMD’s sustainable advantage is that with them as the technology supplier because they are subordinate to the OEM, trustworthiness, something we don’t but should measure, is higher.  Or, put another way, the AMD products should have far less drama because there is far less internal leadership conflict when making them.

Now the big change is that I think, Intel is going to see market share declines and, as a result, will have to rethink their OEM relationships placing the OEMs in the leadership position to restore trust and protect sales.  This behavioral change should not only improve the trustworthiness of the products but again allow the OEMs to innovate as they once did and better focus on customer needs without the leadership distractions that have been hurting the segment.  Until then though, AMD should continue to increase penetration as the OEMs and customers recognize that drama-free servers, were, and are again a good thing.