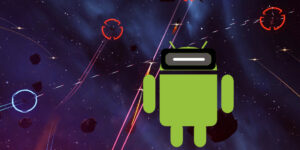 Mobile phone gaming has come a long way since the introduction of simple games such as snake and pong among others. Mobile phone developers and graphics are powerful today just like desktop computers were some years ago. The older generation still has memories of great games such as Game Boy and others the new generation, on the other hand, today have access to millions of games on their smartphones that use various operating systems.

In simple terms, mobile gaming has grown tremendously in the past few years. In recent research, above 37% of mobile phone users spend thirty minutes of their free time playing a game on their phones. Nearly every smartphone owner has experienced it. Whenever waiting perhaps for an appointment, most people would choose to jump into a quick game to pass the time.

So what is the future of Android gaming?

The massive amounts of revenue and interest from Android users has augmented continuous innovation and fierce competition in the global Android app development market among other operating systems. For instance, not long ago some top executive declared that they did not see any significant benefits of augmented reality. With the release of Pokemon Go and assessments quoting as much as $500 million collected as revenue in just sixty days, it seems that augmented reality is not going anywhere.

Virtual reality is one more area that has been gradually picking up well in the recent times. With its increasing popularity app development has consequently led to headsets becoming easily available. Also, there has been a limited number of virtual reality games which is, however, increasing daily. As more people experience virtual reality one can bet that it is going to be a hit release sooner or later.

For example, the game Dawn of Titans has been in development for over two years but was released recently on Google play. The game features mass controlled troops, world-class buildings and has superb graphics. In the past, this would have been considered a hit for the Android platform. However, due to the leap in Android app development, this is like a drop in the ocean. With the increase in mobile app developers, it has become difficult for a single app developer especially on the Android platform to enjoy monopoly and stand out. On the other hand, this is good riddance to gamers as app developers work harder and faster to keep up with the pace in the market.

From the look of things, virtual reality and augmented reality are obviously going to gain more traction in 2017. Major app development companies who can produce triple A will not be left out as indie developers create virtual reality and augmented reality enabled games. They will be behooved to port the current titles and create thrilling new means to interact with mobile devices.

There are gimmicky games that use the phone’s gyroscope, accelerometer, microphone, and camera. Nonetheless, these sensors when combined with augmented reality app and virtual reality app are likely to bring a whole new experience to game enthusiasts. Picture walking in a 3D world that is a representation of the neighborhood, immersed in virtual reality using a smartphone as the targeting device to defend oneself against zombies. This is already possible but needs to be packaged in a more friendly way. Combining careful graphics with well-orchestrated virtual reality is undoubtedly on of the best experiences of recent times among gamers.