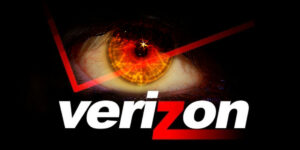 Verizon is to launch its AppFlash soon, launch is a big word, it will be added to its already existing pre-installed apps. For Verizon, the app is to make the discovery of apps more exciting. But for others, like The Electronic Frontier Foundation (EFF), it looks like spyware, acts like spyware, smells like software so it just might be spyware.

The app promises better app discovery and the ability to give you the right adds through your search history.

This app is also purported to help users search for whatever they want – music, restaurants, mobile apps, gadgets, and much more. So the question many are asking is: what difference does this have with Google’s default launcher? And eyebrows are being raised with worries that the only function this new app has, is to collect the user’s data.

AppFlash is also going to collect your device’s location data, your search results and contact information. This information is then shared with other companies in the Verizon family.

Though Verizon has said that the user has control over what information AppFlash can collect from their phone, and opt-out if they don’t like the advertisements, it is still worrying. The EFF is equally worried about security issues, stating that this new app could be an exploring ground for many hackers, unnecessarily making your phone and it’s data more vulnerable than they already are.

It might be a coincidence that just 6 days after the US Congress repealed FCC rules and regulations on internet privacy, that kept your browsing history safe from being sold to the highest bidder, that Verizon came out with their “experiment”, AppFlash.

As for Evie Labs, if the deal with Verizon goes well, this new app could turn into a little goldmine, with other partners/ carriers standing in line for their own legal spyware.

Verizon has insisted that AppFlash is an experiment, on a limited number of devices and that the user has the option to deactivate the data gathering. For now this may be true, but with no more laws to protect users, we most probably will not even notice who is “stealing” what anymore in the future.

How to Get the Best Roofers and Home Décor