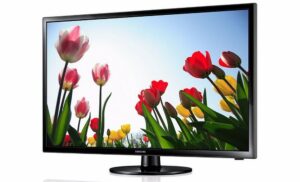 It seems that Americans have a lasting love affair with television. Today, over 118 million homes in the U.S. have at least one TV set. The overwhelming majority of those households have two or more televisions.

Even though more people are beginning to watch television on tablets and laptops, the TV is still a centerpiece of the home. It’s a sizeable purchase that’s going to be used day in and day out. Consumers are smart to take the time to research their options before settling on a specific model.

Keep reading to find out which features to look for and where to find TV deals on the latest models.

Today’s TVs come with more specs and features than any other period in the history of television. The speed at which technology moves has pushed television innovation forward at a pace that’s hard to keep up with. There are countless features to consider, but the ones below tend to be the most important.

Having to use a video streaming device is so 2013, which is like going back a few decades when it comes to TV tech. Most TVs today are “smart” televisions that can wirelessly connect to the Internet. Don’t even bother with TVs that lack this feature. Something else to take note of is how user-friendly the interface is and what apps are easily accessible.

We’ve finally reached the point where 4K resolution is becoming more the norm. It’s by no means a standard feature just yet, but the options are expanding. If you want to future-proof your TV purchase and it fits in the budget, opt for a set with 4K resolution.

Buying an LED TV is usually a step up from an LCD model. Light-emitting diode (LED) TVs are the most popular on the market right now. OLED offers an even better picture, but they’re considerably more expensive.

When you need to hook a device up to your TV it usually requires an HDMI port. Look for TV models that have at least four HDMI ports that are easily accessible.

These are just some of the current features being offered. In the coming years, new technology like virtual reality headsets could dramatically change the way people watch TV. Until then, super smooth 4K resolution will have to do.

Getting a Sweet Deal on Your Next TV

Now that you know what features to look for it’s time to find the best TV at the best price. It’s always advisable to first go look at televisions in person to decide which model you like best. Once that’s decided you can use the tips below to get the TV at a discount.

Wait for the Season Shifts

The best strategy is to wait for the optimal time to buy. Certain times of year TVs get deeply discounted. Thousands of people decide to wait until the holiday season to nab Black Friday and Cyber Monday TV deals.

There could be a reason a particular television model’s price is slashed. Always read reviews from people who have already purchased the model to get a better feel for its value.

Use the Deal Pages at Tech Sites

Why do the comparison shopping when tech sites like CNET will do it for you? After reading reviews on the latest TV models you can search the deals page to find the latest prices from dozens of vendors.

When it comes to electronics, many people are hesitant to take advantage of open box deals. Open box can mean a number of things. The television may be a floor model, it could have been returned for any number of reasons or it could be a factory-refurbished model. In most cases, the television works perfectly and may also be fine cosmetically.

5 Tips for Decorating the Living Room of Your New Home