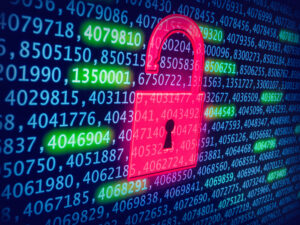 If you have a computer, then you must have some sort of antivirus software on it. After all, you would not want your files to disappear, your browser to get slow or your personal details to be stolen, would you? Viruses on your computer can have an adverse and long-lasting effect, especially if you use it for business. Losing your data and getting your bank details stolen are just two of the various scenarios, but you certainly wouldn’t want any of them.

There are a lot of antivirus options available in the market, but which are the ones you should go for? We have carefully researched expert antivirus reviews from all over the internet and also factored in our own experience before choosing our top security products. We’re presenting the top three below, together with each one’s unique features and pricing breakdown.

Norton, a well-known security software developer which has been around for years, is made by Symantec Corporation. It is a cross-platform security suite that provides malware prevention and removal. Norton, which doesn’t have a free version, also provides protection against identity theft and phishing websites.

A key reason why Norton is popular and effective is that its protection extends not only to files stored on the hard drive but also those attached to emails. It also has features which enhance the speed of the computer by finding and removing spyware and providing tune-up tools. It also also has a built-in performance monitor that informs the user if any app is affecting the speed of the PC.

Norton is cost-effective as well. For a one-year subscription to the standard version, one would have to fork out just $39.99 for a year on one device (at the time of writing). Interestingly, the cost is the same for five devices. If you want protection for 10 devices, it will cost you $49.99. Supported devices include PCs, Macs, smartphones and tablets. If your number of devices is 3-5, it’s a very good option.

Developed by a Russian multinational cybersecurity and antivirus company, Kaspersky is another very popular antivirus. Kaspersky has been creating computer security products since 1997 and has established itself as a reputable company, gaining over 300 million users.

Kaspersky is very fast and easy to install. It keeps devices safe from viruses and spyware, and does not use too much of system resources. It’s Total Security package allows you to get a licence for Safe Kids, the parental controls application. This feature has a content filter which blocks bad websites or warns the user about it – you can set those options up of course. It also monitors social networking sites and can block specific apps.

What is interesting about this antivirus software is that it is a cross-platform offering, with support for Windows, Mac and Android. However, when it comes to costs, it is effectively more expensive than Norton: iIf you want a one-year protection for three PCs, then it would cost you $34.99. A two-year protection plan for three PCs would leave your wallet $64.98 lighter.

Bitdefender is hugely popular and has over 500 million home and business users. Developed by an internet security software company based in Romania, this antivirus program provides excellent protection and is very fast.

It is great to deal with phishing websites and secures your browser against any spyware. It also has extra features such as PC Tune-Up and protection for Android OS and Mac OS. In addition, Bitdefender Total Security 2017 protects users from new threats such as ransomware – those terrible types of malware that lock your files or programs, asking quite literally for ransom to give you back access. Bitdefender Ransomware Protection deploys a Boot time protection plan which scans all the important system areas before all files are being loaded.

Bitdefender is relatively inexpensive as well. To use it on three devices for a year, you would have to shell out just $29.99. The two-year protection plan for up to 10 devices would cost one $129.99, including VAT. It is certainly worth exploring if you are planning to get new antivirus software in the New Year.

Which One is Right for You?

Norton Security, Kaspersky Lab and Bitdefender are top antivirus software and have their own specialties, but if you are looking to get protection for your business or for your home PCs at a good rate, then Bitdefender is the best.

However, 2017 will bring new challenges for the antivirus companies, as more and more tough-to-crack viruses could be created. Ransomware, in particular, is an increasing threat, with the new Koolova Ransomware already creating headlines in the UK. Security is a major issue for all computer users, and it’s quite clear that antivirus companies will be doing all they can in 2017 to combat new threats. As these three are some of the most reliable companies on offer, you should feel confident that they’ll address these threats as efficiently and as quickly as possible – as compared to their some of their smaller-size competitors.