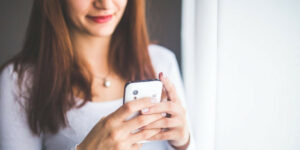 In 1973, Motorola changed the face of communication forever. Ten years later, the first commercially available cell phone was released to the public. Naturally, the first phones weren’t as high-tech as the multi-use devices we have today. You could only talk for a half hour before the phone needed to be recharged. In weight, size, and design, the first mobile phones more or less resembled bricks. Though not very aesthetically pleasing, the first cell phone was pretty revolutionary. Regardless of its hefty price tag at $3,995, as you can imagine, people were all over the cell phone.

At this point, you can get a simple flip phone for cheap. Top of the line smartphones and gadgets are more like small computers. Actually, they’re more like personal assistants who can help you automate your work.

Technology is always evolving. There are new challenges modern technology adapts to face on the daily. The modern cell phone combines features of music players, computers, gaming systems, document editing tools, and internet browsing. They’re single tools that can do pretty much anything you need it to. Cell phones have opened the doors for constant communication. But that means the landscape of language and communication are constantly changing, too.

Advances in modern technology have made it so the simple hand-held phone we began with has become a complex device capable of an impressively wide variety of functions.

You can use a cell phone to make phone calls, send text messages, take pictures, and even conduct business. Mobile phones have made other pieces of technology obsolete. Notice how there are few digital cameras advertised. Calculators, cameras, credit cards, and even face-to-face communication have all essentially been replaced by cell phones. There’s no need for multiple devices when you can do it all on the go.

It’s hard to imagine what we’d do without our cell phones, especially since they’ve become so popular in the last 15 years. While they might have been around for 35, it’s only fairly recently that cell phones have become an integral part of our lives. Cell phones have changed the way the world works. Accompanying these changes, however, is new etiquette we need to consider in order to function well alongside of our treasured devices.

And now, we can’t live without them.

Our phones have quite literally changed how human relationships are formed, and even how social rank is created. No longer do we spend hours chatting on front porches. We Facetime, sitting by ourselves. Our contact and communication is becoming more and more depersonalized.

How much of your life do you conduct through your phone? Do you have conversations with text messages? Keep up your Snapchat streak? Would you break up by sending a text message?

Texting etiquette is necessary, especially if we’re going to establish long lasting relationships and nourish our existing ones. What is acceptable to say in a text message?

Here are 5 things to keep in mind in your mobile communication.

Consider who you’re chatting with

Changing your tone based on who is receiving your text message is something to keep in mind. It’s very easy to send a text to the wrong recipient, so you should be sure to double check who you’re texting before hitting send. This practice can save you a lot of grief later on.

While you don’t know when the recipient will receive your text message or have a moment to read it, it’s a good practice to reply quickly. If you’re in a hurry to receive a reply, you can state this in your message. You can always shoot a quick text to let them know you’ll reply later, or give them a phone call.

Many people work during the day, which means they’ll be distracted from their phones. Some are in class, some are in meetings, and some aren’t attentive to their cell phones. That means it’s important to be patient when you’re awaiting a reply. Should you need a faster response, you should give the recipient a phone call instead.

Say what you mean clearly

Texting lingo is easily misunderstood. Although shorthand is really useful when you’re sending quick messages, it’s important to realize not everyone understands it. When you’re texting, make sure to be clear and concise. Stating what you mean will absolutely help others understand where you’re coming from, especially because you can’t hear tone of voice through a text. That is, unless you’re using voice messaging.

This one might be a given, but texting and driving is extraordinarily dangerous. Not only is it illegal, but it is one of the leading causes of accidents. 1.6 million crashes per year are caused by doing this!

Technology seems to advance daily. New pieces of technology are always being released, and new gadgets are invented to solve our everyday problems. It’s clear our cell phones aren’t going away, so we should abide by texting etiquette to help us navigate mobile communication.

Tolerance in the Workplace

Why You Need an IT Help Desk Service Provider