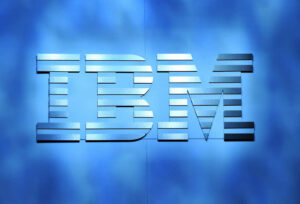 This week IBM had an analyst event talking about what they were doing for the US Open.  One of those things was being able to step in and interact with those watching the event to answer questions and debate topics. Watson is the only genuinely mature Enterprise-Grade AI currently in the market, and it has unique capabilities that have been enhanced by Project Debator, which was designed to extend beyond a natural language interface and hold meaningful conversations.

Coincidentally I was just on a call with the Lincoln project, and there were 20K other attendees on the call.  The folks on the panel had no practical way to respond to all the questions or to engage with the audience at scale; there were just too many of us.  But Watson should have been able to address that problem and, with us all stuck at home and massive events like CES coming, Watson may be the only tool capable of engaging with massive audiences.

One of the biggest problems with large online events is engagement.  Speakers can’t see their audiences, applause either doesn’t exist or comes across like a few people in a large room or faked like a laugh track.  Besides, questions go unanswered (if they even take questions) and personal interaction during the event is virtually nonexistent.

Here in the US, we saw this at both of the enormous political events.  It wasn’t a typical meeting of constituents talking about issues important to them; it was talking head after talking head speaking in a vacuum.  The DNC did a far better job than the RNC mainly because they at least tried to have folks speak from the heart, but still, the engagement was nonexistent.

With the Pandemic likely to extend for at least another year before we both have a viable vaccine and enough people vaccinated if we don’t increase the engagement at these events resulting in sales performance will fall below expectations.  And it won’t just be sales, satisfaction, and loyalty, both of which can be tied to customer engagement, will suffer as well.

But what if there was a tool that allowed the company as an entity to engage at scale.  Working along with human respondents and pre-trained, an enterprise-grade AI should be able to handle the load and effectively address this problem.

That, I think, is what IBM Watson is showcasing at the US Open and ability to perform as the voice of a company at an enterprise scale.  It can both learn real-time from the responses from executives and infer answers based on its training and available data.  It is capable of finding unique aspects of the known people and learning real time how best to respond to them if needed.

Imagine a typical keynote where you’d ask a question today and maybe receive answer hours or days later due to staff limitations and question volume.  Now imagine receiving a personalized answer real-time formatted in a way that made it clear the entity responding knew you.

I once had a conversation with Steve Ballmer when he was CEO of Microsoft, and he expressed his frustration in being unable to deal, with any degree of confidence, with the massive number of customers he had.   But Watson can deal with massive numbers and would create a record of the event which then could be shared with anyone in the company that subsequently met with that customer.  I’ve heard stories from companies that have used Watson about customers trying to flirt with the solution or even attempt to ask it out.  And that is with voice response; imagine how it could do with far easier text responses.

Now that is what Watson could do now, and most of the interfaces into these large streaming platforms are via text.  But now imagine a future version of Watson being able to take the content and customize it for each audience member or group.  It could work in content unique to the individual or company, remember preferences and personality quirks, and arguably interrelate far better than most people.  Suddenly, you have the potential for a virtual event that could be far more compelling than an in-person event. There is even a reasonable chance that this future version of Watson could close sales, but, initially, it could provide the salesperson with a plan for how to successfully close the customer based on what Watson learned about them.

IBM Watson could not only save virtual events; it could potentially make them more effective than in-person events because it could, at scale, uniquely focus content and interaction down to the individual.  At the US Open, I saw the future of virtual events, and that future is AI-driven.

New Study Reveals More Cats Might Be Infected With Covid-19

Trump: Deadline Will Not Be Extended for US TikTok Sale