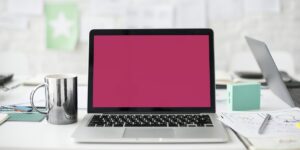 In this day and age, laptop manufacturers are competing against each other like never before to get potential customers to buy their computers. After all, people aren’t replacing their laptops like they used to.

What was once a routine process (every three years sell your laptop and upgrade to a new model) has now become a stick with what you’ve got because it’s great process. This means lower sales for many brands and more competition with the big guys.

As a result, laptop manufacturers across the board have seemingly stepped up their game to try to give consumers every single feature they want, even on low end models.

Want to know what those features are? Keep reading to find out.

Before we jump straight into specific features, it’s important to note that these days consumers are getting more laptop than ever for lower prices than ever. Which is not to say that some laptops aren’t over the top expensive. Because some are.

However, in general, laptops are coming more feature-rich than in the past, and for similar prices, so consumers will be encouraged to invest in newer models.

TV manufacturers have hit the sweet spot when it comes to giving consumers the best viewing experience possible with the use of high-dynamic range (HDR) displays. In fact, this technology is so great it even exceeds 4K advancements.

As a result, laptop brands have decided to catch up and give people the same quality HDR display on their laptop screens, seeing as more than 40% of people prefer watching on their desktop or laptop as of last year.

And the great thing is, this feature comes at the perfect time since streaming networks like Amazon Prime and Netflix both plan to release more HDR content in 2018 than ever before.

Your old laptop likely had a mechanical hard drive. But your new laptop will have solid state drives (SSDs), which run up to 300x faster. Turn your computer on, wake it up, or open your favorite apps in a fraction of the time it used to before the institution of SSDs in most laptop models.

4. Standard 8GB of RAM or More

In the past, buying a computer with a mere 4GB of RAM would empty your bank account. But nowadays, since consumers are demanding more and more, 8GB of RAM is pretty much standard, even on low end laptop models.

Multitask more efficiently, open up a ton of apps, open multiple tabs in your browser, stream video content, and play your video games all at once without a hitch. In other words, the speed and performance of your laptop never fails with enough RAM; therefore, people demand it and get it.

As you can see, in addition to things like style, weight, battery life, and CPUs, most laptops on the market today are giving customers exactly what they want in terms of features, for the prices they want to pay. And as a result, technology is advancing, more features are coming, and people can expect to see greater things in the future.

10 Secrets for Saving Money on Your Next Car

Want to get into Forex trading? Read these expert words of wisdom for beginners