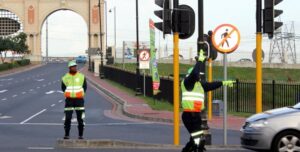 Over the years technology has developed and evolved to help with managing the increased traffic on our roads. With more and more people driving vehicles of all kinds, this technology has become invaluable in preventing accidents and keeping the flow of traffic going smoothly. Some areas of the U.S. and around the world use different technology than others, and there are certain trends that are starting to catch on all over.

New York City has implemented RFID readers to scan E-Z passes, as well as cameras at 23 different intersections to ease congestion and gridlock during the day. Manhattan has been on the cutting edge of traffic management technology for quite some time now. Back in 2001, the New York State Energy Research and Development Authority funded an effort to develop special algorithms that would help with improving the flow of traffic. This program has had quite a bit of success with reducing traffic throughout the Manhattan area.

Australia is another place that is known for its innovation when it comes to traffic management technology. The Sydney Coordinated Adaptive Traffic System or SCATS has completely changed the way traffic works for the better. This system uses camera loops in the pavement to determine how many vehicles are at an intersection, which in turn helps with the timing of traffic lights. It has led to a significant decrease in CO2 emissions, travel time, total stops and other important things.

The “smart” LED streetlighting that the city of Farmington Hills, Michigan in the U.S. uses has proven to be an effective solution for reducing energy consumption while improving safety and traffic direction. This entire system was created by Ron Harwood, a lighting expert who formerly worked on Disney’s IllumiNations light show. Each pole is equipped with a series of cameras and sensors that are responsible for monitoring the flow of traffic. These cameras and sensors tell the lights whether they should brighten or dim at any given time.

In Curitiba, Brazil, the Rapid Bus Transit (RBT) is a shining example of efficient and eco-friendly public transit. Instead of spending the nearly $300 million on a new subway system, this area of Brazil decided to develop its own public transit system. While this system may resemble a subway, it has pre-paid ticket counters and sensors that work together with “smart” traffic lights. This allows buses to transport people in a very fast and efficient way. So far the RBT system has been adopted in a total of 83 cities throughout the world, and it’s growing at a very fast rate. You might just want to sell your car if you have access to the RBT because of how ridiculously efficient it is.

There is a fairly new type of wireless technology that could allow cars to communicate with each other as well as traffic signals. This technology has the potential to let a driver know what speed they should stay at so they don’t have to stop at quite so many traffic lights while driving. If and when this technology is implanted on a wide scale, the driver would see a message displayed on their dashboard that notifies them that the traffic light will turn red in the next few seconds. This will allow drivers to adjust their speed accordingly. While this new technology is quite exciting, experts agree that it would take government agencies quite a while to adopt it fully.

The effects of all this new traffic management technology have huge implications when it comes to increasing efficiency as well as driver and pedestrian safety. New technology is being developed and implemented in different areas all over the world all the time, and much of it has proven to be very effective. Companies and organizations all over the world continue to come up with creative solutions to complex problems created by our modern world of roads and vehicles. Some of this technology is already in use in many places across the planet, while some of it remains in the concept stage awaiting fine tuning and implementation.