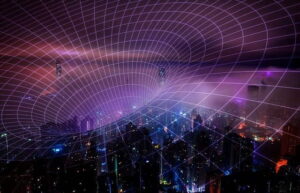 The US vs. Huawei battle has always seemed inappropriate to me.  You had lots of allegations, little proof, and some questionable behavior from the US, and a sequence of events that made the US approach look like it came from a 3rd world country.  Canada got roped in, ended up in a battle with China they didn’t want, and the US looked like it was trying to blackmail China by kidnapping the adult child of a leading Chinese businessman.

Let me walk you through what looks like the backstory. I’ll be editorially filling some blanks but will provide links to stories on the major points.  Hold on to your hats; because this looks like it could be made into a fantastic movie, it just doesn’t reflect well at all on the US.

Huawei is one of the most potent and well-regarded companies in China.  Operationally, they are a blend of Apple, the old AT&T, with a little bit of Microsoft.  They not only sell Smartphones, but they are a leader in cellular tower technology.  This last is interesting because the US doesn’t have anyone competing with Huawei in this last segment.  They are a Chinese company, and, as is often the case in any company, they have to comply with the local authority, which has created concerns.  That seems to create problems, but as the Clipper Chip and Phone scandals showcased in the US, you don’t need to operate in the Asia Pacific to have your government do something stupid.

Huawei has the leading, in terms of performance and cost, cell tower solution for 5G. But their competitors in the market are European, so blocking Huawei doesn’t seem to benefit US businesses, at least concerning the 5G roll out. It just deprives US carriers of the lowest cost, easiest to deploy hardware causing the country to fall behind the countries using it in terms of 5G availability.  One part of this is particularly troubling: Huawei is estimated to have a 1-to-2-year lead on their competitors.  This lead means that the technology the US is deploying is not only more expensive, in terms of purchase and labor, but also inferior to what other countries are rolling out, giving meaning to the old saying “cutting off your nose to spite your face.”

Now the US is blocking access for Huawei to US technology, so Huawei is creating their own.  The result is a locally well-liked company headquartered in Asia and well-funded with a history of building tech products that lead markets being forced to create an alternative to US products.  If you were to create a list of companies that you would rather not compete with, Huawei would be toward the top. Instead of encouraging them to license or buy US technology, the US forces them to become that super-competitor.

Here is some additional background:  Huawei is largely self-financed (consistent with other Asian cultures which doesn’t view debt financing positively). And the ownership of the company is mostly by Huawei employees (the Huawei labor union).  While they design their chips, they are mostly fabless and depend on others for manufacturing which has been problematic with the US sanctions.

The Sequence Of Events

HSBC was in big trouble with the US government, that problem has gotten worse recently, and HSBC has decided to focus on Asia (which I doubt will end well because of what they appear to have done to Huawei).   But while the Trump administration was going after HSBC and wanted a lever to use against China (the Trade war wasn’t going well), HSBC “discovered” an old 2013 PowerPoint presentation that explained its dealings with Iran was under US sanction.  It showed Huawei works with Skycom (a Huawei subsidiary)  to do business with Iran, something HSBC should have known from being one of Huawei’s long-term banks.

HSBC then used this disclosure to get favorable treatment for their money laundering issues ending up with a wrist slap.  To which Huawei aptly called foul.  Then the US, working through Canada, had Meng Wanzhao, Huawei’s CFO and daughter of its founder, provide her phone and laptop as a requirement to Canadian entry. Then they had that phone and laptop used to confirm the existence of the PowerPoint presentation HSBC detailed.  Trump has allegedly claimed that if China agreed to US trade demands, Meng would be released.  Ironically this is an apparent quid pro quo with Meng (recall Trump’s first impeachment), who is has been fighting extradition to the US for years, being held as a hostage for trade talks.  The US looks terrible, and by association (look at the sequence of events), Canada doesn’t look much better.  And now China and Canada appear to be playing. Let’s see who can piss the other country off more.

Told in a much more concise fashion:  The US makes a vast trade war mistake with China and needs a win.  HSBC has a huge problem because of its illegal behavior with the US.  HSBC throws Huawei under the bus to get relief, which they get, from the US.  The US gets Canada to effectively kidnap the daughter of a powerful Chinese businessman to use as a hostage to get favorable treatment.  This effort fails and now is causing significant problems for all three countries.  Stepping aside, at no time should it be OK for any country to go after someone’s daughter to get favorable treatment from another country.

There is an impressive amount of embarrassment that flows from the Trump presidency.  Bullying, abuse, misuse of power, and even recently insurrection.  But one of the worst is this failed effort to make a failed trade policy work by taking the daughter of a prominent person in China hostage for political gain.

This behavior isn’t something any country, let alone the US, should be proud of. I hope that the current administration will let this go and instead focus on policies and practices that don’t seem to manufacture evidence and hold someone’s kid hostage.  I get she is an adult, but the optics of going after someone’s daughter, especially during the sustained #MeToo movement started by a President that is famous for abusing women, should be put rapidly in the past because it tarnishes the US present.

Most troubling is Huawei’s ownership. While most US companies are primarily controlled by Hedge funds famous for sucking out the value and making the firms they invest in less competitive, Huawei is owned by its employees who have a shared interest in Huawei’s success.  I’d argue that the model is better for all concerned than the Hedge fund model, which means the US is hurting, with their Huawei attacks, Huawei labor, not wealthy investors or political figures when it attacks the company.  Not a good look.

But it would make an interesting movie.

The Importance of Investing in Your Video Marketing Campaign