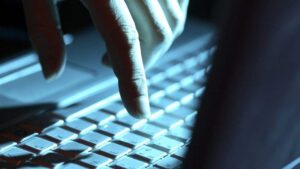 The increasing incidents of cyber attacks all over the world have compelled everyone to know about their financial affects. The financial costs of computer hacking can be interpreted not only in terms of monetary loss but also as the loss of employment opportunities. Though it is not easy to calculate the exact cost of computer hacking around the world still as per recent studies it can be about $440 along with the loss of over 500,000 jobs every year. Brief information provided here under in this regard will help you to know more about the financial costs of hacking computers.

Financial effect of cyber attack as per its type: Hackers popularly use three types of cyber attacks, DDoS or Distributer Denial of Services, ransomware and spear phishing. In DDoS, a website is flooded with traffic to shut it down by overloading its server. In 2013 nearly 60% companies were affected with this type of computer hacking. In ransomware, a computer is infected with malware to encrypt files and demanding ransom for unlocking them. In 2013 more than 8,000 ransom attacks were recorded. In spear phising, the criminals use a familiar email address to send you an email to know your personal information and to imitate someone known to you. Mining industry was most affected than any other industry from spear phising as over 40% out of 83% companies affected by spear phising attacks were from this industry during 2014. The estimated annual cost of these cyber attacks in US is nearly $100 billion.

Two way financial impact of cyber crime: On one hand cyber criminals are stealing not only your data but also billions of dollars from the financial institutions and on the other hand companies are spending huge money for their safety from these attackers. According to recent studies nearly $1 billion has been stolen from over 100 financial companies situated in different countries like Germany, US, China and Ukraine etc during last two years. Similarly around $75 billion have been spending globally on security form cyber attacks so far during this year. The estimated cost of cyber security by 2020 can be nearly $170 billion, calculated at 10% growth rate.

Loss of jobs: The cost of computer hacking cannot be calculated only on the basis of money stolen or snatched by the hackers but also on the basis of loss of jobs due to these attacks. As per latest studies every year nearly 500,000 jobs are lost in US due to these cyber attacks. According to researchers the real threat of these cyber attacks becomes obvious when the data of a company is stolen by its competitor as ultimately it compels the company to go out o business. In fact the sales of a company go down when its competitor makes a product after stealing its intellectual property worth millions of dollars. This ultimately ends up in loss of jobs in the company.

Increase in the cost of cyber security: According to recent studies by Symantec Inc – creator of Norton antivirus and Norton internet security – it has been estimated that by 2019 the cost of security from computer hacking can increase up to $2 trillion. Several market experts are of the view that the wave of cyber attacks has taken the shape of an Epidemic during last few years despite the increasing use of discount deals like the known norton coupon codes which have increased the antivirus use.

Today cyber crime is considered as the greatest threat on almost every business in this world. As per the estimates submitted in Wall Street journal, three years earlier the cost of cyber crime in US was up to $100 billion every year. A British company estimated the annual cost on businesses in 2015 to be around $400 billion in which direct loss of money and after effect of the attack on the business are included. The figures of the cost were estimated by several media companies and vendors during past few years to be more than $500 billion.

In this way, computer hacking is not only increasing the loss of finances and jobs but also stimulating the market of products and services used for the security from cyber criminals. The market of cyber-security products and services in US is estimated to grow over $175 billion in 2020 which was $75 in 2015. Similarly, increasing rate of cyber crimes has also encouraged the market of cyber insurance as its estimated growth by 2020 can rise up to $7.5 billion from $ 2.5 billion in 2015. Hence the financial cost of computer hacking is increasing day-by-day, which is a matter of great concern for every business around the world.

Shruti is a blogger & a digital marketing consultant with lots of passion to write about technology, startups & other niches. She has contributed to a number of famous websites. She live and breathe in digital marketing. Her aim is to spread her thought-provoking ideas to all generations. Stay tuned with her via skype : shrutigupta2811 or mail at shrutigupta01@gmail.com

Top weight loss teas you can get right now

5 ways to stay in touch with your customers