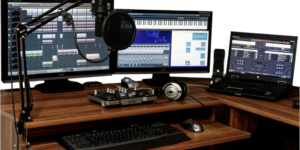 Have you ever had those family evenings where you all gather around the television to watch family videos of the kids? You’re in the nostalgic mood and feel like reminiscing about when the kids were younger and first learning about the world. Those moments can bring back so much joy and let you relive them over and over again.

You should be able to do the same thing with when you were a child or when your parents got married. Seeing video footage of what life was like for grandma and grandpa back in the day could be a good history lesson for the younger generations.

Now you can. By converting your 8mm film to a digital copy, you and the family will be able to relive many memories of older generations, without the film deteriorating. There are multiple ways to transfer film to digital. Below are a few of those methods and which one is the best to use.

Companies like the Video Conversion Experts, work towards finding the best way to convert 8mm film to digital, and that they have. The newest technology they are using is Advanced Grain Elimination and Advanced Noise Reduction.

Older films, like 8mm film, have a grainy look to them. When you watch the film, it looks fuzzy, and there are little dots all over the screen. The graininess of the film can make it difficult to watch and hard to focus on what is going on. Through their new technology, they can significantly reduce the grain on the film, as well as any video noise (those pixelated random patterns on the screen). Your result is a crisp, clean picture that resembles that of an HD camera.

The type of machinery used to scan the film is essential. You’ll want professional film scanners and a Datachine machine. It needs to be able to scan at minimum 1080 lines to get the full film resolution (8mm film is between 800 and 1000 lines of resolution). It can capture 100% of the frame. So basically the better the equipment, the better the results.

This is the most common form of video conversion used. This transfer comes from capturing the 8mm film at the same speed it plays at. So however long the film is, that is how long the capture process will take.

One way to do this is by projecting the 8mm film onto a screen and then recording it with another device. This is probably the easiest way to transfer 8mm film but is vulnerable to many outside factors disturbing the quality of the capture.

Although this method is simple and anyone could really do it, you will not get the same quality as a 2K scan. You end up losing up to 50% of the original quality using this method. Since the transfer process is you recording the film playing, you are working with the original frames that the scanner would.

The frame by frame method is a newer process (next to scanning) that is a bit better than real-time transferring. This process captures each frame individually, like a digital picture. By capturing a frame separately, the machine can look at all the details before moving on to the next frame. With the frame by frame process, the converted film can be up to 30% better than going through the real-time process.

Some companies may claim they are doing a frame by frame transfer when in reality, they are only taking each frame individually after it has been real-time captured. The result is the same quality as the real-time process.