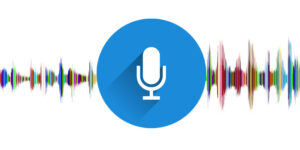 They’ve been in this battle for so many years: Samsung, Google, and Apple. Now their AI seems to be what is trending. Who is winning the battle? Is it Samsung’s AI Assistant? Google’s or Apple’s Siri?

Well, enough of the win-lose game. Let’s take a look at the cool specs each of these AIs is bringing to the market.

This new Samsung AI, which came into being as a result of the purchase of Viv Labs by Samsung, is going to be featured on the new Note 8 and Galaxy S8.

Bixby’s attention is geared towards Samsung Pay and other Samsung-oriented Apps. However, since Galaxy S8 or Note 8 are using Android, they will have room for Google’s Assistant too.

With a simple command, you can make calls, send messages, save contacts, and do a lot of other things with Bixby.

One good thing about Google Assistant is that though it will always answer your queries, it also advances in performance and response to queries the more you use it – it becomes familiar with the kind of queries you have and personalizes your frequent queries. It also helps you control your phone with voice commands, to play music, make calls, send messages or even reply emails.

The Siri from Apple was the first voice assistant to be fully functional. Siri initially came with a search query response. At that time, it could only respond to queries by accessing information from Google. Its answers were very conversational as it could verbally communicate back to the user.

Though there have been many tweaks to it, Siri seems to be outdated, especially when compared with the new set of voice assistants that man Apple’s smart devices.

Be it Google, Samsung, or Apple, the Voice Assistant market to be specific, and the AI market, in general, is experiencing a boost in innovation yet to be uncovered. And we wait to see how the new Samsung Bixby will perform on the Galaxy S8 and Note 8.

One thing is for sure, Google and Apple are not going to sit back and let a “greenhorn” steal market shares. Amazon is also a force to be reckoned with. Alexa might be limited to the Amazon Echo series, for the time being, but Amazon has always been ambitious and has the resources to give the big guys a headache.

7 Inexpensive Ways to Customize Your Car