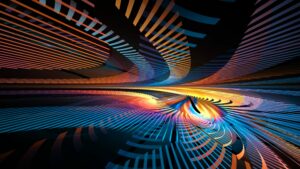 This week I’m in Hawaii at Qualcomm’s 5G rollout. The progress is impressive with broad adaption of the technology now slated to become available in most developed countries by the second half of next year with enough of a footprint to make it strong consideration for anyone buying a new phone or connected device. Verizon was on stage pointing out they have a limited 5G network working and that they sell a Motorola upgradable phone and will have both a 5G network at capacity and a Samsung 5G phone in early 2019. This thing is moving far faster than 4G ever did.

What I found particularly interesting was that the opening keynote was partially given by the Governor, David IGE, of the State. What is interesting is that Governor IGE has a telecom background and he was talking about how this technology could help his State which is, because it is a group of islands, about as close to a country as we currently have as a State.

Hawaii, particularly in the Winter, is an attractive place to live and visit making ideal if you want to attract engineers. Because it is isolated geographically and has large relatively low-density areas it also would be ideal for testing new wireless and transportation technologies. In fact, given it is surrounded by water and water is both generally safer and softer to crash land in, it would likely be ideal for testing wave of flying personal transportation vehicles that are coming.

I should point out I’m writing this on the new Lenovo C630 which uses he new Qualcomm Snapdragon 850 solution. What is particularly fascinating is that I’ve been working on this thing for 45 minutes with all of the radios active and I still am at better than 95% battery life.

Hawaii As A Tech Hub

We have had a lot of attempts to create a new Silicon Valley areas like Redmond Washington, Austin Texas, Boston, New York, and parts of New Mexico and Arizona have all been considered and generally been found wanting. But with the rise of China as a true technology power and the ongoing power of places like South Korea, Singapore, India, and Japan a location that was more equally convenient to all of these Geographies, particularly for technologies that need to be consistent globally (like 5G) might be ideal.

Now people can and do meet virtually but with all of the work done with video conferencing and cutting-edge collaboration tools people still, to this day, prefer to meet in person and, particularly with Skunk Works kind of projects, the concerns surrounding security leaks tend to force in-person collaboration efforts.

Critical to such an effort would be a government that viewed this effort as important and would fund it. Certainly, the incentives Hawaii provided to Qualcomm for them to hold the event here helps substantiate a high level of interest but what would be needed is the creation of tech center here. Likely the initial result would be a set of labs so that people could travel conveniently to work together and none of the participants would be adversely impacted. Because Hawaii is a desired destination families would be easier to convince to travel and having the families close reduces substantially the need for team members to want to go home and disrupt and slow the workflow.

The Next Technology Waves

These efforts require a broad spectrum of skills, capabilities and standards. This means diverse teams coming from a wide variety of countries working not only to create the related product but ensuring that the infrastructure and regulations are in place for rapid roll out or those countries will fall behind both technologically and economically. This is a bet your country wave.

Hawaii would seem to be the ideal central place to both assure the collaborative aspects of these efforts are in place and to initially test them.

Hawaii is located and structured ideally for the collaborative efforts needed to bring forth the next 5 technology waves. However, this doesn’t mean it will be the next Silicon Valley because Silicon Valley was created around the needs of last century. Last century it was all about building walled gardens and isolating one company from another. This century is defined by Open Source, collaboration, and a tide that raises all boats. 5G looks to be that tied and both Hawaii and Qualcomm seem to be ideally positioned to ride the next 5 waves. What better place than the location that coined the phrase “Surf’s Up!”.

Things To Keep In Mind Before Performing Mac Data Recovery

Why Many People Kick the Habit with Vaping