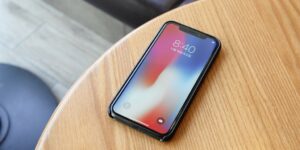 AirPower was heralded as the next big thing from Apple just two years ago, but it has just been taken off the hook prominently by the Cupertino giant. Apple has cited difficulties in meeting the high standards set for the product as a reason for its demise.

Apple announced the AirPower wireless charging station in 2017 along with the iPhone X. It was heralded as a significant deviation from the regular charging that has dominated most of the iPhone history. The product was expected to ship in 2018 – 12 months after the announcement – but even 2019 has come about without a sign of the product. While you wait for this release, you can take advantage of the welcome offer at Hollywood Casino and start earning some extra money to buy yours.

The AirPower charger was expected to incorporate several interesting features. Perhaps, the most important among them was the inability to charge three devices at once. This meant a lot of convenience to the user with an Apple ecosystem – iPhone, AirPods, and Apple Watch. The dream combination on paper was not to be a reality, as Apple was simply unable to make the device from overheating.

The wireless chargers work on the basis of Inductive Power Transfer or magnetic resonance. It effectively involves passing electricity through coils so as to produce an electromagnetic field, which will then be able to transfer the electricity to the other device. Most of the common and popular wireless charges in the market tend to support a maximum of products at once, while the vast majority of wireless chargers support just one device.

The multi-coil design on the AirPower is understood to have presented a lot of overheating issues apart from several engineering challenges. The majority of the challenges seem to have come as a result of the coils being in very close proximity. This has resulted in heating issues and the need for careful power management.

Yet, there was a ray of hope when Apple came out with the AirPods 2, which has a wireless charging case. Since these earbuds cannot be charged on the iPhone XS unlike the Galaxy S10 devices, a wireless charger was seen as a natural extension. Now, it seems that the project has been called off by Apple.

Apple has slowly been taking away signs of AirPower from the official site, and it has led to more rumours and speculation about the product. The recent years have not been very kind on Apple, who have had to deal with stagnating sales of the iPhone with its other issues. There have been plenty of shipping delays with the original AirPods taking quite a lot of time before being available in sizeable numbers. The MacBook range has also had to take a lot of flak for its keyboard. All these hints at a deep issue within the hardware design processes at Apple.

There is a likelihood of the wireless charger from Apple to make a return in the future. It is very difficult to roll out this possibility, as wireless charging is here to stay. Yet, it may not be the same AirPower that drew so much attention less than 600 days ago.

How To Grow Your Business With Only $29