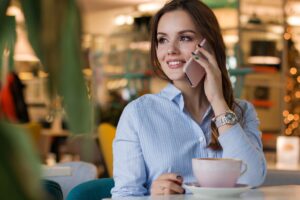 Cellular network technology with the fourth generation is known as 4G. It is the latest generation and currently running through the best smartphones. The capabilities defined by ITU in IMT Advanced must be provided by a 4G system. Mobile web access, IP telephony, gaming services, high-definition mobile TV, video conferencing, and 3D television are the main applications can run easily through the 4G system. However, it is expecting that users are going to experience fifth-generation cellular network generation near in future. But, anyhow, there is no confirm concepts has released yet. 4G is the currently running application and here we are going to discuss the top smartphones to buy in the UK that are best 4G Supporting.

Galaxy S10+ has recently launched by Samsung. It is the flagship device of 2019 and is purchasing throughout the world. Samsung Galaxy S10 Plus in the UK is also buying at a huge rate. There are many exceptional specifications brought by this device. For example, it brought a bigger screen with Dynamic AMOLED capacitive touchscreen and 12 MP rear camera. It offers an advanced operating system of Android 9.0 (Pie); One UI. It also offers exceptional sensor features. But another this which makes it a favorable one is that it is offering 4G connectivity feature. This is the best option to make the mobile device faster and responsive.

If you can take the idea that how good Huawei phones are? Then you can take this idea from the fact that in the list of Top 4G mobile phones Huawei Phones exist. From the past few years, Huawei has got a respectable position among the top rated smartphones around the globe. Huawei Mate 20 Pro recently launched and it offered the great and exceptional features than all other precursors. It comes with OLED screen. However, wireless charging and 3D face unlock are the features make it amazing device. Moreover, the device is much responsive the idea of which we can take from the fact that it is 4G supporting device.

Apple is all time the favorite mobile phone brand by all types of users. It offers completely distinctive features all the time. It is powered by the iOS Operating system which makes it totally different from all other smart or android phone devices. iPhone XS is the latest invention by Apple and because of the exceptional specs including 5.8 inches bigger screen, water resistant and dust resistant feature, Super AMOLED capacitive touchscreen it has become the masterpieces by Apple. It offers multiple connective options and one of them is a 4G supporting system of iPhone XS.

Google Pixel from recent times has become the most popular one among those who love to use the Android operating system with zero misfortune. Recently Google has launched Google Pixel 3 mobile set which is the flagship device of 2019. It comes with 5.5 inches, 76.7 cm2 bigger screen that attracts the attention. Moreover, it is also listed among the best 4G supported mobile phones of today.

With all the smart features that are the need of today within reasonable price range Honour mobile phones have also become the great sculptors of attraction. Honour View 20 has recently launched and due to its amazing features it is also listed under the list of top smartphones of 2019. Moreover, from the list of Top mobile phones in UK Honour’s are the ones. Honour View 20 comes as good 4G supported handset and also offers exceptional features than the precursors.

The Legalization of Marijuana and How It Affects You