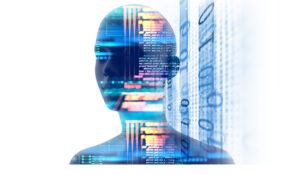 Like many other industries, the financial industry has been witnessing some shifts in terms of daily operations – more specifically, in who is performing them. Traders are being swapped out for trading programs that are somewhat or completely automated, and thus, more efficient and less expensive. Artificial Intelligence (AI) is ever more present, and generating some big changes, and some intense responses. But while AI is certainly impressive and can take on some significant responsibilities, it cannot ultimately replace human traders; here is why.

Humans are still essential to the trading process

Technically, trading can be computerized, and AI can trade instead of humans. However, that does not mean AI always trades well enough, in certain circumstances. Trading algorithms are fairly rigid, and are programmed based on historical trade patterns and data. However, the stock market does not always follow those patterns, and instead, changes continuously and unpredictably. Imagine a trading bot trading the last quarter of 2007 based on data from 2002-07. It would probably suffer grave losses, as the market’s behavior changed overnight.

The algorithms eventually prove to be ineffective in places in which human traders are able to work around. While day trading is difficult to learn and practice, bots also come with their own expensive, time-consuming, and inconvenient shortcomings.

Humans are in control of the bots

The other thing to take into consideration is that ultimately, humans are still the ones in control. They program the bots and often have final say when it comes to buying and selling, whether it’s done manually or by programming AI to do it automatically, once certain triggers are in place.

To support this fact, Meir Barak, the founder of Tradenet trading academy and author of The Market Whisperer: A New Approach to Stock Trading, points out that the fluidity of the stock market is the reason that human traders will always be needed. Trends can certainly be predicted through analysis, but market participant behavior is still risk-intensive, and the appropriate response to it cannot always be programmed. It can be difficult for computers to be efficient when confronted with unexpected and not strictly rational behavior.

To illustrate his point, Barak talks about a proficient chess player playing against a computer. In the face of last-minute rule changes, the human may have a moment of confusion, but will ultimately be able to adapt. The bot, however, would not be able to undergo reprogramming and would rely on the previous rules to play. In such cases of rapidly changing rules, that occur on the markets daily, the human ability to react quickly overtakes the machine’s limited capacity for the same.

The biggest advantage for stock traders in general, and day traders in particular, is following algorithms that are acting too predictably. For example, algorithms can be programed to buy stocks en-masse when price passes, or fails to decline, past a resistance or support line. In those cases, we can see human traders enjoying a unique opportunity to trade based on robots’ shortcomings.

Algorithm trading tools can be extremely convenient when working with data and input that are already delineated, but for now, these are prohibitively expensive for most individuals.

Meir Barak concludes, that in his experience he has seen dozens of programmers who wanted to work with him to “teach his methods to a computer”. It always fails, he tells us. “The market is changing too rapidly to keep up with daily changes in the market. If you don’t have millions invested in top of the line computers and programmers, your chances of beating the markets as a bot-trader are close to zero”.

All in all, we can certainly see that while AI brings certain advantages to the table, it will ultimately never replace human traders. If not because of the lack of adaptability that is a disadvantage in front of a human competitor, as Meir Barak points out, then because eliminating unpredictability also eliminates market advantage and profit.

5 Things to Consider While Building an Energy Efficient Home

The 8 Top Factors to Consider While Choosing a Hosting Provider