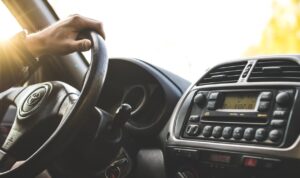 Driving under the influence (DUI) statistics paint a grim picture. According to the National Highway Traffic Safety Administration (NHTSA), 28 people die daily owing to alcohol-related accidents. While this reads like a mere statistic, the situation is dire.

According to one study, introducing alcohol interlock devices to all new motor vehicles could prevent more than 80% of these deaths.

This interlock device, also known as the ignition interlock device (IID) helps ensure that a drunk-driving incidence is not repeated. Many states in the US have moved to quell the spate of alcohol related accidents. In such states, if you are found guilty of driving while under the influence of alcohol, you’ll only be allowed to drive again if you acquire and install an interlock device in your car.

Beyond being just a requirement for DUI offenders, ignition interlock devices can help individuals and businesses become proactive with regards to drunk-driving.

What is an Ignition Interlock Device?

An ignition interlock is a device designed to stop a person from driving under the influence of alcohol. It’s a small device, and it functions just like a Breathalyzer. Before a person’s car will start, that person must breathe into the device to measure their blood alcohol content (BAC). If the measured value exceeds the legal threshold, the car will not start.

For some, IIDs come with a lot of hassle but in truth IIDs have several benefits.

Benefits of an Interlock Device

An interlock device is beneficial for a number of reasons:

2. It gives assurances to loved ones

If you have a family, you know how important it is to be at peace concerning a loved one’s actions. For instance, if you have a 21-year old who’s prone to making bad decisions, having an IID installed in his car gives an assurance that at least, even if he drinks, it will not be fatal.

3. It can predict future DUI offenses

Because an ignition interlock device can store information about a person’s breath tests, it can help forecast the behavior of DUI offenders. With such valuable store of information, regulators can observe patterns from data received and gauge the possibility of another offence. Decisions on whether or not offenders receive driving privileges and how soon they get that will depend on the data received from the interlock device.

Ignition interlock devices are usually not expensive and can be renewed even after a mandatory period of use.

5. It can be beneficial for businesses

Every business has a reputation to protect. If your employees are involved in drunk-driving accidents while working for your business, such accidents can have grave effects on the reputation and trust advanced to your company. More than just protecting a reputation, there are employees and assets to protect. Using an interlock device is a surefire way of ensuring your company is not saddled with such issues. Also, using an interlock device can help reduce insurance premiums.

Clearly, ignition interlock devices are important for any family or business. These devices help save lives and ensure our roads are safe from accidents caused by alcohol-impaired drivers. You don’t have to wait for a DUI charge before acquiring one. You can get one to for yourself, family or business to ensure safety.

Choosing the Right Type of Aftershave

Exploring the Wonders of Saigon