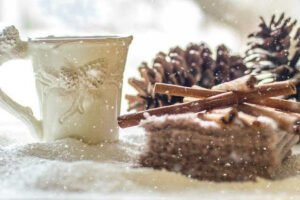 Families gather over the holidays even though the CDC is strongly suggesting they don’t. I’m thinking there is another reason to consider not gathering, and that is because political discussions could end badly, particularly here in the US.  So I figured I’d pick three relatively safe conversations to have that aren’t right or left but talk about things we could do with technology that isn’t being done.

What Could Facebook Do To Be Viewed More Positively?

We talk about abandoning Facebook often because of the amount of wrong information on the service. The advertisers take advantage of us by selling us crap. Because of the hostility and aggravation we often feel dealing with Trolls, what services could Facebook provide to make it more attractive? That’s the topic; here are three of my ideas.

Global Gift Registry:  Most of us are trying to figure out what to get our loved ones for Christmas, and lately, rather than force people to return stuff, I’ve defaulted to gift cards.  But what if Facebook took what it knew about you and populated a Gift Registry that you could edit and that others could use to choose gifts.  Like a wedding registry, when the person buying the gift could cross it off the list in a way where only 3rd parties could see the result until after the holidays?  You could restrict access to the list to only those you exchange gifts with to mitigate the risk of a hostile actor screwing with the list, and it could even provide a way for people to pool their money and ship you something more expensive than what any one person could have bought by themselves.  An AI could also help you refine the list to favor the most highly rated products and score the items on how excited you’d be to get them.   What else would you add?

Troll Alert: Some people enjoy spreading grief, and Facebook knows who they are.  Once identified, they could provide a setting where  you could automatically block or ban people who continuously attack others. It could be on a sliding scale, so you could choose just the right amount of pain you are willing to tolerate.  Facebook could also provide several warnings before identifying the user as a Troll to change their behavior before being widely blocked.  Facebook would own the score, but the users would choose what threshold they were willing to accept.  This feature could also be applied to users who frequently spread inaccurate information.  How would you deal with trolls at scale?

During the pandemic, Cisco helped implement a congressional program so that members could interact and vote on measures.  Given the uncertainty surrounding the last election’s mess, why not explore a digital approach to voting that would be somewhat like what Congress is using.  It is safer, it is undoubtedly potentially more secure, and you could even have provisions so that people that voted early but changed their minds could change their votes.  You could even get a digital report after the vote that confirmed your vote was counted correctly and provided you with your impact.  Many people believe their vote doesn’t count and is done correctly; the system could expressly point out the impact of your vote on the result mathematically.  In close elections, your vote might have a far more significant impact than you realize.  We bank online, pay taxes, shop, now do much of our medical bookkeeping online; why not allow us to do like Congress does and vote online?

What Would It Take For Drivers To Accept Autonomous cars?

The world of autonomous cars is fast approaching, and most people surveyed aren’t at all excited about this change even though it could save hundreds of thousands of lives.  So, what would it take to make them acceptable?  Do we need to see them in races first, do we need a decade or so with them safely on the road, or do we need them to interact with us much as an Uber driver does?  We currently get into Uber and Lyft cars without any real idea if the guy driving the car is a safe driver, well (not infected with an infectious disease), or even sane.

Maybe a popular updated series like Knight Rider could work, or broad trials where people could see the cars competing broadly in dangerous situations without accidents.   What would it take to get you to accept a car taking over the driving responsibilities?

The Holidays this year are likely to be a little tense given what is going on in the world and the uncertainty of the last US election.  Finding safe but exciting topics could be problematic. I’ve provided some about Facebook and Social Media, Electronic Voting, and Autonomous cars to help get you started.

Best of luck, and I hope you have a wonderful and safe Holiday Season!