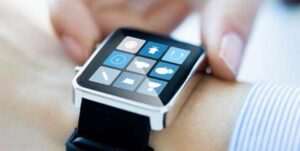 Wearable technology has begun to take shape in more recent years, and despite a very stop-start history, the current trends for it are very stylish and highly effective. Wearable technology is present in many major companies today, such as Google, Apple, Huawei and Samsung, all of which have put out majorly successful smartwatches.

The smartwatch is just the most recent iteration in the surge of wearable technology in recent times, and while it is certainly the most recognisable it isn’t the most affordable or the most common. We have put together a short list of reasons why the wearable technology boom shouldn’t be ignored, and we hope that you’ll find our arguments compelling and thought-provoking.

To begin with, we have to start looking at wearable technology as the future of all technology. Think about your laptop and phone, for instance, and consider that these are some of the last remnants of non-wearable personal tech we regularly interact with. Your music comes through headphones that are wireless and are worn on your person, your time and sometimes even phone updates come from the smartwatch on your wrist, the fitbit on your other wrist monitors your heart-rate, pulse, and other fitness-related vitals.

Your phone sits in your pocket almost always, seconds away from being interacted with in your hands, as close to wearable as it can be at the moment. This is the slow march of progress toward the future; our pockets are free of technology yet we are more capable than ever, more integrated than any generation before us.

The ease of use behind a wearable gadget is what makes it so appealing, and historically speaking, complex wearable technology has fallen by the wayside fairly quickly. Pocket watches were replaced by wrist watches because fumbling around with a chain is more difficult that raising your wrist.

Earbuds are more commonly found than over ear headphones because they pack away smaller and are easier to use. A fitbit does the job of an across-the-chest heart rate monitor more accurately without needing to strap a big piece of elastic across your chest at all times.

Portability is a huge selling point for wearable tech, because it isn’t wearable if it isn’t portable. More people are downgrading from bringing tablets around with them and are instead buying phones with larger screens. These phone screens aren’t as big as their personal tablets, but they also aren’t as cumbersome and annoying to lug around.

The way these pieces of tech work far outstrips their predecessors, and the power in the processors of these gadgets is doubling at a rate of knots. Already our smartwatches far surpasses the computers used to put mankind on the surface of the moon, and all that power is used for a very smoothly operating, very functional watch.

If we are willing to put that much power into the all-important role of how well something works when it is little more than an addition to a phone, that speaks volumes to the importance of functionality in our wearable tech.

Finally, the ergonomics of the design are steamrolling the technology of the past. Where hard edges and crisp consoles were once the goal of every technology designer, Apple has stepped up and brought back the rounded edge on their Apple Watch.

The smooth transition from top to side is pleasing to the touch, and the ergonomic principles can be seen from a mile away. These are highly important to the success of the product because we as animals like the feel of something that feels like it’s designed to work with our hands.

These are just some of the reasons the modern wearable tech boom can’t be ignored. Brands like Bioconnected that produce Heartrate biosensing earphones that can operate through an app on your phone understand that ignoring the wearable boom means being left behind, so don’t get left behind.

Small Business Advice: How to Create a Safe Working Environment