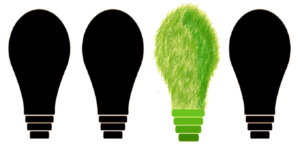 In all perspectives, nowadays it is relatively easy to live an eco-friendly lifestyle with the emergence of new technology we have available in current times. A lot of people have been informed over the last several years, and even decades on how to either become eco-friendly or how to help save the environment – from recycling to driving less, or cycling short distances.

As consumers are increasingly considering “greener” alternatives, it is no surprise that energy companies like Octopus Energy have positioned themselves to be the go-to organisation to meet these demands, whilst also providing incentives to switch to green energy. For example, they offer a £50 credit if a customer switches to any of their green energy tariffs.

According to gov.uk, in 2017, the share of electricity generation from renewables rose to 29.4 percent, due to increased capacity and higher wind speeds compared to 2016. The total electricity generated from renewables in 2017, also increased by 18.8 percent, from 83.2 TWh in 2016 to a record 98.9 TWh. These statistics corroborate the migration of consumers to greener alternative energy.

The 2 main reasons why individuals are looking to switch to a more eco-friendly alternative:

1. It is cheaper than predicted –

Renewable energy sources and the generation cost are typically cheaper than fossil fuels, particularly solar power. The fabrication that you cannot have affordable green energy seems to have now been disproved. “Switching to green energy is now a smart economic move and renewable energy is set to be cheaper than fossil fuels by 2020”, according to a new report published in The Independent. According to Dispatch Weekly, the UK’s new energy outlook is moving towards renewables at an unprecedented speed. Octopus Energy has launched a new tariff that will potentially pay customers to use its electricity when demand is low. Our TGDaily readers can grab a £50 off credit towards their bill by going to Octopus Energy Discount Code website.

2. It provides a cleaner and more eco-friendly environment –

Many individuals these days have been educated in one way or another about the advantages of being eco-friendly. When you factor in the various determinants of fossil fuels or natural gas, such as pollution and climate change; people are keener to play a vital role in protecting our environment, which is why more and more people are switching away from traditional energy sources.

Similarly, even top companies like Google are looking to make the transition into renewable energy. The internet giant says, “Renewable energy is increasingly lowest cost option and it will not rule out investing in it”. In actual fact, according to some reports, Google is expected to be powered 100% by renewable energy by the end of this year.

Other major organisations especially those in the manufacturing industry have come under upsurge investigation and have been scrutinised over the carbon footprint of their operations, prompting most to look at alternatives. The EU energy lead at Google, Marc Oman said “Our founders are convinced that climate change is a real, immediate threat, so we have to do our part.”

According to new reports, renewable energy creates 5 times more jobs than fossil fuels. This is a fascinating update and a good point for two crises; not only does it tackle climate change issues, it also helps to solve a key economic dilemma like employment. This is why countries like the United States and China are both taking important steps to address climate change concerns and are looking to invest heavily in renewable energy.

It is important to note that all energy sources affect the environment in one way or another and while fossil fuels substantially do more damage, renewable energy also pose a threat to our environment, albeit minimal.

How to Prepare Your Academic Assignments