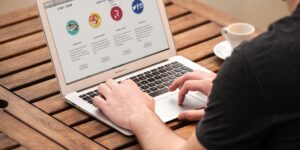 While FileMaker can be a great solution for developing custom applications for your business data, it’s not without its caveats that users have to be aware of. There’s a reason why FileMaker developers tend to be so well compensated for more complicated projects, and if you’re not sure how to handle something you should definitely consult a professional. This is especially true for applications that have a strong security aspect, in which case you really can’t rely on your own efforts to make sure that everything is in check.

Still, what do you do when your FileMaker application isn’t running as fast as it should be – or as fast as it used to – and it gets slower every day? First of all, don’t worry – this is not as uncommon as you might think, and due to the way FileMaker works, people sometimes rely on wrong practices in its use too much and end up in problematic situations. And sometimes it has nothing to do with the app itself, but is rather a problem on the server or something along those lines.

Relational databases can be very powerful in letting users obtain data quickly and efficiently, but the ease of getting a grip on their use means that users sometimes fall into the wrong usage patterns, and end up creating monstrous queries that take a long time to gather and process their data.

This can be avoided by either optimizing the query, or when that’s not possible, starting from scratch and rethinking its purpose in the first place. Why do you need to collect so much data in a single run, and can’t you just do with a small set of it – or perhaps aggregate parts of it?

There are various things that can be done to optimize a poorly performing query, but you need to be familiar with how relational databases work in the first place in order to do that. When in doubt, get an expert’s assistance and don’t be shy to admit that you don’t understand something. Making the wrong move due to overconfidence is what causes the most problems with FileMaker applications.

Is the server running slow?

In some cases it can be a problem with the server itself. If it becomes overloaded, this can significantly drag down its performance and cause issues with your applications. This may not even be a problem with the applications themselves, but rather something like the server being used for many different purposes. If this is the case, you should rethink your current organization and reduce the load on the server to the best of your abilities.

Sometimes investing in a dedicated server for your FileMaker application is not a bad idea, but one of the best things you can do is to hire a professional company that offers FileMaker hosting and work with them. You won’t have a difficult time finding a partner, and you won’t have to worry about server load issues when working with a competent company ever again.

Of course, that still won’t prevent issues that arise from your own poorly written programs, but that’s where you should think about your development practices, and do some reorganization in this regard if you consider it to be a problem.

Remember that sometimes you don’t need everything to be in one single application, and if you can split things up to optimize the current load on the server, that can make a lot of difference. Sure, it can be a bit inconvenient for the user when they have to go through multiple different steps to get something done that used to be a shorter process before, but as long as you communicate the need for that appropriately and ensure that nobody is affected too negatively by the new situation, it should not be a problem.

All in all, relying on professional partners for your FileMaker hosting and development is one of the keys for ensuring that your applications are never slow and are doing exactly what they should to produce their results. And once you’ve started searching for those, you’ll find that there are certainly lots of options to choose from, and all you need is time to compare them all.

Blockchain Venture Summit; A Chance to Meet and Communicate With Like-minded Individuals and Companies