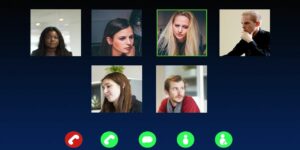 When a large number of previously centralized workers suddenly shifted to remote work at the start of the COVID-19 pandemic, employers were concerned. It was one thing to offer remote work as an occasional option, or as a special dispensation for a worker who had already proved their ability to do their job well that way. This was different. Worried that workers wouldn’t live up to in-office expectations while working from home, many businesses invested in surveillance software – but should they have? Such programs have become a point of contention, and the fact is that there are better ways.

The Problem Of Surveillance

Implementing worker surveillance programs, when appropriate, takes immense care on the part of businesses and requires buy in on the part of workers. Workers want to know exactly what is being monitored, and conventional surveillance programs like key tracking usually take place within office settings. When workers already feel that they’re being surveilled by the physical presence of coworkers and managers, monitoring is perceived as ultimately low stakes. But due to new remote work practices, recent surveillance practices are viewed differently.

When employers launch surveillance software for remote employees, specifically for remote employees who are exclusively working from home, rather than coworking spaces or cafes, these employers are engaged in an invasive undertaking. They’re making their presence known in a space they aren’t being invited into. This is when things become contentious and when surveillance may become more harmful than productive.

Rather than invading employees’ homes via intermittent video drop-ins, key tracking on personal computers, or other modes of surveillance, a better option for employers is to use a high-quality intranet to connect staff instead. Today’s cloud-based intranet is a critical communication tool, enabling collaboration and providing productivity support and insights, all of which serves to build relationships and increase worker satisfaction. Conversely, surveillance makes workers feel as though their managers think they can’t be trusted, which can negatively impact staff experiences and attitudes.

Many businesses either have adopted or have expressed interest in adopting intranet software for regular use, and remote work makes this transition even more important because of its social elements. While it’s true that intranet platforms have substantial operational benefits, one of the biggest issues with remote work is the loss of team connections. People who used to gather in the communal kitchen together, for example, are suddenly deeply isolated. Relationships fuel our workplaces, and today’s intranet software supports relationships.

Choosing intranet – in a meaningful sense, opting for connection – instead of engaging in surveillance isn’t just good for team morale. In fact, it could be a smart move from a legal perspective, as well. State regulations on employer surveillance vary widely, while federal regulations fail to cover most of these processes, which leaves room for employees to challenge invasive surveillance tools. It just doesn’t make sense to use potentially risky and certainly demoralizing surveillance when authentic communication can accomplish the same thing without the negative ramifications.

Most companies end up adopting surveillance software not because they want to maliciously micromanage newly remote staff. No, they really do recognize that these are challenging new conditions, and that their workers may need more proactive support in completing tasks. What this approach overlooks is the fact that surveillance doesn’t actually give them the tools to offer that support; it just breeds distrust. It’s time for businesses to invest in community. With remote work being the future of employment, the need for connection without borders is only going to become more important.

Chinese Technology Stocks Drop as Trump Bans WeChat and TikTok in the U.S.