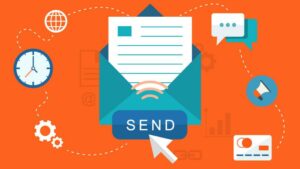 Outreach software allows small and large-scale businesses to increase sales by initiating a personalised mode of communication with their customer base. Through email marketing, the brand representatives can get in touch with a large clientele conveniently while improving their overall sales productivity. SEO experts at VM Interactive have made this comparison between some mainstream email marketing softwares to understand the perks and cons of each one and to help businesses choose the outreach software appropriately fitted to their needs.

Buzzstream has four pricing plans: starter, group, professional and a custom package. This software has some cool functions such as email templates, so one doesn’t have to copy/paste, prospects tracking and an in-built technique for tracking email addresses on a page. A user can also send emails in bulk if they upgrade to a better package. Through a keyword search, users can add prospects from their relevant industry in one place. It can also monitor links to track the progress of a campaign. A benefit of this software is that users can send follow up emails, see them in one place and then schedule them for future. However, the software does have certain bugs, for example, it may not show search results in chronological order, and the Discovery tool can show some out of date options. The software, while convenient, takes time to figure out in the absence of a comprehensive user demo.

Like Buzzstream, OutreachPlus also offers a free 14-day trial on all packages, but it is cheaper as compared to the former. The payment can be charged annually or on a monthly basis. This software can allow companies to reach out to prospects in emails that have been merged with personal information. Once an email has been sent, the software can track the prospect’s response, and the number of clicks opened and forwarded emails generated from a campaign. One significant feature is the Campaign Wizard which has pre-designed campaigns ready for implementation. So, users can start sending emails in a matter of minutes once they’ve chosen an appropriate campaign type. Automated emails can also be sent based upon each type of response. However, a user cannot edit sequences with current prospects. Moreover, the reporting feature can be a little daunting and makes it difficult for users to create informative reports. The software lags at times, and it can be difficult to load notes.

Founded in 2001, Mailchimp is a well-resourced outreach software that integrates well with WordPress and other content creation platforms. It is very popular with bloggers and companies that need to send newsletters to subscribers. It has three pricing plans: pro, grow and free. The free package doesn’t cost anything and can support up to 12,000 emails per month which make it an excellent choice for non-profit organisations. But not all features are accessible on the free option. Through Google Analytics integration, users can monitor the success of their campaigns from the user interface. The software also supports multi-user accounts with different roles depending on the individual. It is also possible to monitor Instagram and Facebook ads and set up landing pages for a particular product. However, the email automation in this software leaves much to desire as while there are options for scheduling automated emails based upon complicated actions, the workflow isn’t straightforward to manage which has an impact on the overall functionality of the software. The popular software also suffers in the deliverability department as some emails may end up in the promotions tab or worse, the spam folder which isn’t checked very frequently. It is also important to consider that Mailchimp have a policy against affiliate marketing and such users may get their accounts suspended by the staff.

Yesware works behind the screen. Not literally of course but it integrates well with popular email services Gmail and Outlook. So, it can be integrated with a particular email account, and there’s not a separate user interface. It has three paid plans which are relatively less expensive than Buzzstream. The software can track what happens to an email after a user sends it, the number of clicks, the number of times it is opened or forwarded. It can also integrate with the cloud-based software Salesforce which allows users to access their data to guide the direction of a campaign. Emails can be sent in bulk and sorted by preference and function. However, the software is not free of glitches, especially in its email scheduling function. Users also note that the pop-up notifications be distracting and irrelevant depending upon the role of a user.

What Is APM? 9 Features Every Enterprise Needs

Docker Logging for IT Container Solutions