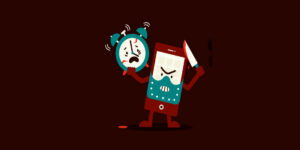 Reports are emerging from Hong Kong that suggest that payphones have been disappearing from street corners.

A number of eyewitnesses have reported seeing the helpless payphones being bundled into the backs of trucks with their hands tied behind their backs. One such witness is even said to have caught a glimpse of the perpetrator. Described as being a rose gold, 5.5 inch tall male with a distinctive tattoo on his back that appeared to be some kind of fruit, possibly an apple. There has been no contact from any of the payphones since.

While these reports are as yet unconfirmed, there have been suggestions that the description matches that of a number of other brutal murders and disappearances across the globe in recent years.

With fears in the international policing community rising that we have an international serial killer on our hands, the suspect is being linked to another disappearance in 2009. In the case a group of GPS Systems vanished without trace from a cross country road trip. The GPS Systems have never been found, but there have been rumours circulating in the online community that a deranged psychopath known to the authorities and fitting the description of the Hong Kong attack was involved.

The suspect is known only as “smartphone”.

What Else Could “Smartphone” have Been Involved in?

A number of heinous crimes have taken place over the past 2 decades and “smartphone” is believed to be involved in a number of them.

The Death of The Alarm Clock – Once upon a time you couldn’t get up in the morning without seeing the alarm clock, but this has changed in recent years after the alarm clock was found not breathing one morning. It is believed the “smartphone” may have been the one that smothered the alarm clock in it’s sleep.

Shoot Out with the Digital Camera – Although the details are blurry, our sources suggest that “smartphone” was responsible for the murder of the point and shoot camera. Reports from the time say their was a flashpoint followed by a single gunshot. Shortly afterwards police arrived on the scene to find the fixed lens camera was no longer with us.

Turf Wars with the MP3 Player – If the rumours are true it would appear that no-one is safe, not even close family members. With close relative, the MP3 player believed to have gotten rid of the CD player to take over the lucrative music industry, the up and coming “smartphone” is believed to have slain the MP3 in a brutal turf war in order to take control of the business.

An Additional Murder – The details on this one are also sketchy. It is believed that “smartphone” was involved in the death of the basic calculator. However, as previously stated the details are not completely clear. Senior detectives involved in the case have informed me that inquiries are ongoing and things still don’t quite add up.

How Technological Convergence will improve IT Infrastructure?

4 Ways to Make Sure Your Company Logo Resonates with Clients