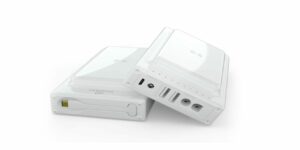 When it comes to rethinking the experience of using chargers – something almost everybody does multiple times a day – MAGFAST founder and CEO Seymour Segnit will settle for nothing less than perfection. Over the last several decades, he’s spent time in the advertising world as an executive at both Ogilvy & Mather and Saatchi & Saatchi, served as an on-air personality at London’s legendary Capital FM, and co-founded multi-million-dollar startups. Segnit also oversaw what Sir Richard Branson called “the greatest product launch [he had] ever seen” when he helped create Virgin Atlantic’s campaign to announce service from London to Johannesburg.

Now, many years later, he’s bringing that same energy to the challenge of creating a gorgeous, elegant, rapid charging system. Based in New York, Segnit and his team are excited to share two more transformative innovations to turn the simple act of charging devices from a tangled, onerous mess into something that’s simple, easy, and visually pleasing.

The first of these is LEDelicious™ – a wholly unprecedented new way to see the status of devices in mere seconds. When Segnit went to China recently to discuss this innovation in detail with one of their teams, he quickly confirmed that they’re on to something unique. In fact, MAGFAST’s engineers and manufacturers, who have extensive experience working with major brand-name customers all over the world, have never seen anything like it.

In Segnit’s own words, “no other company seems to care about the details in this kind of way,” and one look at the LEDelicious system makes that very clear. Most conventional chargers, if they have LEDs on them at all, have a small number of lights, seemingly blinking randomly or simply illuminating when plugged in or turned on. In contrast, LEDelicious creates a beautiful, minimal yet highly communicative user experience.

Described as “a simple system of LEDs that tells you everything you need to know in a way you intuitively understand,” LEDelicious is a radical rethink of how your devices communicate with you. Rather than relying on the individual status display of each device plugged into your charger, simply press the power button on your MAGFAST device to see how charged your device is on a scale of 1–10. MAGFAST’s 10 corresponding LED lights will glow white, indicating the equivalent charge level.

When you plug in another device, the corresponding LED light will glow green, pulsing to indicate how quickly it’s charging and safely slowing down the charge as it approaches 99 and 100 percent, ensuring your safety and the long-term health of your devices, which can sustain damage or have their lifespan shortened by overcharging.

No matter how you choose to charge, the LEDs always let you know that you’re getting the charge you want in a way that complements MAGFAST’s overall visual aesthetic. Everyone who has seen these products is amazed by the results of Segnit and his team’s many hours spent sculpting detail after detail.

The new MAGFAST Extreme is a beast of a charger. With a massive battery, you have the power to charge it via any Qi wireless charger, USB-C, or any Micro-USB cable. You can also clip it to any other MAGFAST charging device. It then features seven ways to charge your devices (including in your car) via one of its three Qi wireless bases: the MAGFAST family cable, the simple magnetic connection, USB-C, USB-A, or a 12V outlet. You’ll have the power to keep your devices going for days, making it an indispensable choice for frequent travelers, power users, and families in which everyone needs a charge on the go.

The base MAGFAST Wall model has been upgraded with double power as part of the Pro kit and will now include support for USB-C, which it’s now clear is the future of wired charging. Using a new technology called GAN, it has become possible to vastly improve the product and meet USB-C’s high-power consumption requirements.

This seemingly minor upgrade is representative of the challenges facing the MAGFAST project as a whole. To support USB-C, there were two options: make MAGFAST Wall bigger or innovate. However, making Wall longer would require increasing the volume of all MAGFAST packaging by 23 percent, destroying MAGFAST’s vision of a neatly packaged system, much like LEGO bricks, which are designed to be easily gifted and shipped.

Though the MAGFAST project has seen challenges, Segnit is relentlessly optimistic and excited. He knows that he and his team are delivering a revolutionary family of products, and his vision of a world where charging is simple, fast, sustainable, and straightforward is increasingly within reach. “I’m never pleased with the speed of the progress,” he says, “but I am thrilled with the quality of our amazing team and the incredible products we’ll be shipping.”

How to Strengthen Your Brand