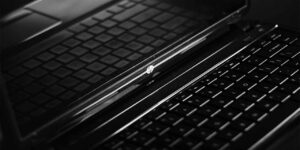 Today Qualcomm spoke at one of the largest virtual technology events so far attempted IFA out of Europe.  Like most conferences, the IFA folks are trying to make theirs virtual, but the technology to do a conference like this hasn’t been created yet, so I expect the event to fall short of expectations.  That being said, one of the companies that have technology that could eventually make a conference like this viable is Qualcomm. While they mostly spoke to the enhancements of 5G, one thing caught my eye, and that was their new 8cx Gen 2 PC platform product, and then they gave an HP teaser.

HP has led its segment in innovative designs.  Products like their Folio and their wearable PC and Workstation are unique in the segment. If there was any company that could showcase the unique advantages of this new Qualcomm 8cx Gen 2 platform, it is likely HP.

The Qualcomm 8cx Gen 2 processors, on paper, is a game-changer.   The first version of this solution was slow, and the related hardware didn’t look that much different than a laptop running an x86 processor.  The second generation was far better, while the 8cx Gen 2 isn’t a workstation solution by any stretch of the imagination.  Qualcomm argues it will now outperform the current generation of x86 offerings, Intel’s new Tiger Lake offering will run against this, and it will be interesting to see the systems benchmarked against each other.  I would expect Qualcomm to be better with networking (for instance, they have 5G support out of the box, but with Intel, it is third party and optional) and whole battery life. I’d expect Intel to have a broader performance range, but both companies are suggesting they can match the others’ strengths, which will make this a fascinating battle.

Advances for this generation of the Qualcomm 8cx Generation 2 platform promise to provide up to 50% greater system-wide performance and battery life than their competitors.  That is a huge claim, and since users will notice any performance change more significant than 20%, this would be immediately noticeable.  As noted above, it has native 5G support and supports millimeter-wave while allowing robust connectivity even in areas where wireless connectivity is now unacceptable.  It also supports Wi-Fi 6, which is the current high-performance Wi-Fi version with speeds that rival that of a wired network, but you do need a Wi-Fi 6 router.

For conferencing, our new meeting typical, the product has enhanced Aqstic echo cancellation and noise suppression (ECNS) technology to focus listeners on the speaker’s voice rather than the more typical annoying noises that bleed in from our homes. Cameras’ performance is enhanced as well, with support for up to 4K HDR 32 MP cameras for streaming and conferencing.  And laptops running this part will support twin 4K displays.

This solution has an interesting AI subsystem that enhances the video as well, particularly for video conferencing by automatically (when enabled) adjusting your eyes. Hence, it appears you are looking at the camera.  Screens with cameras behind them are just now being announced for next year in the Cell phone market (Xiaomi/ZTE), but until that solution makes it to larger screens, this is the only way I know of to fix that problem.

However, the Qualcomm solution, which generally doesn’t need a fan and has a typically smaller footprint, is mostly shown in laptops that are indistinguishable from those designed for x86.  Much like initial electric cars looked like gas cars but later designs like the Jaguar I-Pace changed to reflect more on the motor difference, I expected laptops designed for Qualcomm’s solution to evolve.

HP, who I noted, has led on design innovation appears to be bringing to market just such a laptop.  Qualcomm gave us a tease, but if anyone could deliver a product that would stand out as the quintessential Snapdragon laptop, it would be HP.

This week Intel, Qualcomm, and NVIDIA had big announcements that significantly enhance their offerings with unique features that will change how we look at PCs.  All three added features targeted in improving video conferencing significantly; Intel focused more on performance given their new far more competitive graphics, NVIDIA focused on making their graphics technology do more things like allow you to make your movies from game assets, and Qualcomm hinted their platform was going to revolutionize laptops.  All will have products in the market before year-end, suggesting that the 4th quarter is going to be a particularly interesting time to buy a PC and that this segment is suddenly exciting again.  All I can say is, about time…

Musk’s Neuralink Device: A Potential Treatment for Some Neurological Disorders