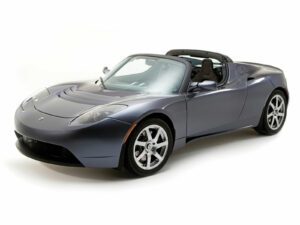 I’ve been pounding on Tesla of late and I promised one of my Facebook followers to do a piece on what Tesla did right and it isn’t a short list. Doing a pure play electric in a country that killed off the Tucker, and my favorite car of all time the Phantom Corsair (I still want to build a replica of this) was no easy feat. So, while Tesla is digging itself out from under a cloud let’s talk about all the things they did right.

Starting With A Sports Car

The first Tesla was more of a test of concept and it was based on a modified shipping Lotus design. This allowed them to get to market quickly, put them with a class of buyer that is more tolerant of teething problems (the initial cars rattled a lot) and showcased the amazing performance an electric is capable of. While I kind of think they should have extended the and refined this offering, coming out with it first was a great way to get people interested in the company before they could get to a car that was truly production ready. It was also an interesting way to build core competence with what was basically a kit car to start.

Moving To A Luxury Sedan

While folks like Fiat with their 500e were losing thousands on every car coming at the market from the low end, Tesla started with a luxury car and a timeless design. Effectively borrowing from marks like Rolls Royce (in terms of size and initial exclusivity) this allowed them to build a high-quality production run with enough margin to generate income for the business. (The financial issues were more operational due to very rapid expansion not inadequate contribution margin from the cars). They were able to build a car that was so solid it broke Consumer Reports’ testing equipment and likely pissed off makers like Volvo who are also famous for nearly indestructible cars.

Tesla cars are highly modular which allows them to be upgraded rather than replaced. This basically means you can, if you want, keep your Tesla on the road indefinitely and, for a fee, upgrade it rather than replace it. This not only saves you money, but it is extremely environmentally friendly and creates the potential for a future car-as-a-service offering that doesn’t require an Uber driver to make work. While Tesla has been a tad uneven in executing against this opportunity (they often seem to forget they have it) the decision to do this was out of the box thinking for cars and could still end up saving the company at some future date. This should allow them to more easily translate to the self-driving car-as-a-service model that will launch with autonomous cars.

The Tesla is basically a tablet with wheels and the combination of the displays for the instruments in the driver’s binnacle and the huge screen in the center really push the car into the future. This presents in an often-stunning fashion and provides a generally positive Wow moment for anyone who first gets into the car. While there have been some issues with execution (which nearly killed me when my wife started messing with the display) the choice and appearance of this feature is impressive and one of the most attractive aspects of the car.

This falls into the cool things in the car but having the doors open when you approach the car is just cool. It is like having your own digital chauffer and helps give the cars that have this feature personalities. Granted the feature could work more reliably but when it works it provides an enviable experience and a bit of lust in non-Tesla owners.

They really went over the top in terms of storage space in the Tesla S, but this better allows it to be a general-purpose vehicle. It really was an effort to create kind of a Swiss Army knife of a car and while it did make parking the thing a bit more difficult it also provided a ton of needed utility. If they’d just embraced the concept of fold down rear seats earlier folks likely wouldn’t have initially thought, they needed an SUV as the S would have had more carrying capability than most SUVs on the market at the time.

While I remain concerned that Tesla is now kind of on death watch, mostly due to not focusing like a laser on getting to profitability before the cash ran out, their execution particularly with the Tesla S has been largely market leading. The excellence there is what drove the company to a valuation in the nose bleed territory and knocked the existing car companies back on their collective butts. Overall the concepts surrounding the car have been outstanding while execution has been very uneven.

Interestingly given how Tata has generally fixed Jaguar and Land Rover, I think Tata likely has the skills to also save Tesla and, at the right price, it wouldn’t surprise me to see them buy the company saving it from failure. We’ll see but we shouldn’t lose track of the fact that Tesla did a lot of things right.