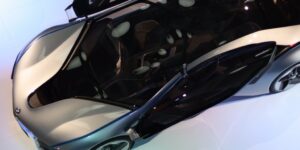 Try to do a bit of light reading on driverless cars these days and you would think that there are already millions of those cars whizzing around in our streets, with people reading books as they get whisked to work.

Every company “is on the verge” of making driverless cars an everyday reality and there are billions being sunk into all kinds of technologies that are supposed to kill off traditional vehicles with puny humans at the wheels.

This particular author thinks that it is all nothing but hype and that driverless cars will never become an everyday thing. Yes, the author understands that people said the same when cars were introduced as replacement for horse-drawn carriages, but hear him out.

Take a moment to think about all the times something was wrong with your computer, your smartphone or any other piece of technology that you own. These things happen. Little errors that may not be the end of the world but which are annoying and slow things down for you.

All of a sudden, we are supposed to believe that they will make a driverless car, a machine infinitely more complex than a smartphone, which will work perfectly 100% of the time?

If it was possible, wouldn’t they have made a smartphone that is 100% reliable?

There is simply no way in which there is a driverless car that does not hit you with a bug every couple of hours or days, at best. It may just be me, but I do not want to be riding in a car at 90 miles an hour when the steering computer starts blaring and hitting me with an error 707 or whatever number it will be given.

What about hackers or kids disabling other people’s cars’ safety features.

Also, we have to consider the fact that driverless car manufacturers will sooner or later have to come up with ways to reduce the costs of production and this can only make things worse.

Let’s imagine that somehow the people who develop and manufacture driverless cars do the impossible and come up with cars that are 100% reliable and that never experience any errors. We all have our driverless cars and they are all breezing around like in a utopia of some kind.

You just know there will be a guy or two who will decide that they know what’s best for their driverless cars and who will start jailbreaking their car, changing its software, taking out speed limits and whatnot.

All of a sudden, your perfectly harmonious system of interconnected vehicles and surroundings has a couple of “glitches” speeding around, because their genius owners thought they would muck about a bit.

Such a sensitive system cannot survive anomalies like this.

Whenever you hear about driverless cars being taken out for a spin or two, this is always happening in one of world’s richest cities such as San Francisco, or Tokyo or Boston or wherever.

Is there a way to make sure that these cars will know how to deal with infrastructure issues and unexpected problems in their surroundings?

Automotive companies are some of the largest in the world and they have been around for decades. They have found a way into various levels of government and regulatory bodies. Their lobbyists are all over the place and they are pulling serious weight.

These companies have a lot to lose unless they get in on the driverless bandwagon and it might take them a while. These companies have been around and they have an entire adjunct ecosystem making money too. For instance, it was only in 2014 when Sparesbox started operating that Australian car owners could stop purchasing insanely overpriced car parts from “official dealerships”.

Even if they do not actively try to hold down the driverless car, the system as we have it is rigged against it. For example, think about the law and the way responsibility would be handled if something was to go wrong with a driverless car. Who is to blame if it crashes into another car? How do you handle insurance of such cars?

There is just so much that needs to be changed in order for driverless cars to take off that it might be too much in the end.

Driverless cars are a great idea. The pursuit of safety and convenience is definitely something we can all get behind. Unfortunately, the chances of unforeseen problems and the economic system as we know it will probably prevent driverless cars from ever becoming more than a novelty.

Or at least that is what this author believes.

Important Factors to Consider Before Outsourcing Your Online Marketing Activities