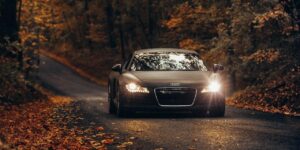 It’s no secret that a large portion of cars on the roads right now are either financed through PCP (personal contract purchase) or leased through contract hire. Since the 2008 financial crisis, easy credit has been on the rise leading to a large explosion in cars on credit on our roads. And while this has been a boon for those who are seeking to jump on the owning a car ladder without saving for years (especially young people), it comes with some negative consequences such as increased number of cars on the road and a generation of cars renters rather than owners.

In this post we’re going to take a look at why credit loans are currently extremely popular ways to own a car.

On the surface, the monetary savings are huge. Paying a small monthly fee compared to a large sum for a brand-new car is far easier to adjust to. Prices have been adjusted so that cars can be driven off the forecourt for very little nowadays. Even premium brands like Audi, Mercedes and BMW have kept with the times of budget competitors like Ford or Skoda by making some of their models affordable. It’s not uncommon to see young people driving Mercedes A-Class’s or BMW 1 Series cars on lease or PCP deals now, which simply wouldn’t have been possible some 10 years ago unless they were from a wealthier family.

Brand new cars give a positive vibe of having the best reliability, as brand-new engines are less likely to fail compared to their used counterparts. Cars that are on loan don’t belong to you but rather the manufacturer, as you are simply being loaned the vehicle for the duration of your contract. This usually means that services fall under the manufacturer’s responsibility which can sometimes (we say ‘can’ because sometimes it’s possible that you will need to pay for the services yourself) bring in freebies such as free oil changes and services.

One thing that renting does is help you avoid car trade-in prices due to a fluctuating market. If you decide to lease a vehicle, you simply pay what your contract states and give the car back at the end. There’s no need to worry about selling your car or losing money on it, as the manufacturer is the one who will foot the bills of dealing with the depreciation.

We’ve seen that car leasing can have monetary advantages, but what are the disadvantages of not owning your car?

Firstly, if you are renting a vehicle it doesn’t belong to you. Some people are fine with this, others prefer having full ownership of the car. If you are someone who leases cars one after the other, you will be paying a never-ending payment every month and eventually you will get to the point where you have paid more for leasing 2 cars than it would’ve cost to buy a car outright.

Leasing contracts specify specific amounts of miles you can do, based on what you agree on when creating your contract. If you only drive 5,000 miles per year, it can start off very affordable, but gets more expensive the more miles you add. If you go over the allotted mileage by the end of your contract you will usually be charged an excess mileage penalty, which can range from very cheap to expensive. Sometimes it’s actually cheaper to take the excess mileage penalty than it is to increase your contract mileage, so it makes sense to do your due diligence when working out a contract.

All manufacturers will advise you that you will have to pay for any wear and tear the car sustains over the contract period. This might not be attractive for those with children or pets who may have the potential to cause accidental damage. Sometimes the car can arrive with damage due to the shipping process. Any damage noticed within the first week must be reported to your manufacturer with evidence so that you aren’t charged for it.

Early cancellations are generally not taken due to the penalties and fees that come with them. Outside of the cooling off period (usually 2 weeks), an early cancellation would mean that you would have to pay the remaining balance off completely in one go. This would make the advantages of paying per month redundant.

So, in the end is it worth financing a car?

That’s up to you to decide whether or not the pros outweigh the cons. If you’re a person with a stable income, could comfortably afford a lease and would want a new car every 2 to 3 years, then leasing is an attractive prospect.

If you’re someone who has little interest in changing their vehicle often and prefers to run their current one until the end of its life then leasing may not be for you. Though a PCP deal can help you slowly pay off a car and then buy it at the end to keep.

Car renting is certainly more popular with people who’ve been born into a post-financial crisis timeline with higher inflation and less wage growth. With finance deals now accounting for 90% of the new car market, we’re heading for interesting time.

How To Scale Your Mobile App

How Your Business Can Minimize the Threats of a Chaotic Internet