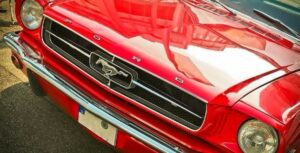 With every set of new vehicle models, car aficionados are scrambling to declare the coolest car of the year. There is no doubt that every year there are a ton of really cool cars, but cool is one of those defining aspects that can never be totally pinpointed. Everyone has a different idea of what is cool and this means that there are a thousand definitions of it.

Despite this, there are still some cars that are undeniably cool to everyone. The coolest may be up to debate, but here are three definitively cool cars.

Electric Shock – The BMW i3

Environmentally friendly vehicles have climbed the ranks in terms of their cool factor. People have long forgotten about the arrogance associated with the Prius and now people recognize the importance of protecting the environment. This coupled with major advances in electrical vehicle technology has officially made it very cool to drive with the environment in mind.

There is no better example of this than the BMW i3. One of the latest releases from BMW boasts carbon fibre and aluminum construction that makes it one of the lightest vehicles on the market. This lets the 168bhp electric motor push the tiny BMW from 0 to 60 mph in only 7.2 seconds. This is a great vehicle for getting where you need to go and looking cool doing it.

TechShifts Up – The Tesla Model X

If you someone told you 10 years ago that in the future, cars would drive us, you would probably laugh. However, this has become a reality in our streets. Tesla has pushed forward in all types of tech advances to create a car that is not only electric, but it can also drive itself. This is not even to mention how good it really looks.

The Tesla Model X is an undeniably cool car. Equipped with stunning falcon wing doors, this electric vehicle makes gasoline-powered vehicles look like Fred Flintstone’s foot-powered car. It is something out of the future and it is likely that many more vehicles will start to emulate this look. Although you won’t want to let go of the steering wheel, the Model X also comes with full self-driving capabilities.

It was cool in the 1960s, the 70s, the 80s, the 90s, the 00s, and it is still cool today. When a guy sees a Ford Mustang for sale, he is usually considering what he could sell off to get his hands on one. This muscle car really is one of the all-time coolest cars, simply for it’s look, performance, and long history of tearing up the roads.

The 2017 model of the Mustang hasn’t lost an inch in coolness. It still has that thick, commanding appearance and is turbocharged with a V6 engine. Any guy that pulls into a parking lot with a Mustang will definitely turn heads and have people wondering what makes him look so cool.