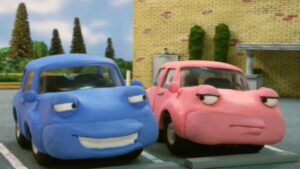 This week Ford, Panasonic, and Qualcomm began the first US deployment of C-V2X in Colorado using Qualcomm’s technology for vehicle to everything technology. Considered by many to be one of the major first steps toward preparing roads and infrastructure for the coming wave of Autonomous cars.

Let’s talk about some of the initial benefits of a world where your car is far chattier than you are.

Entering The World Of Chatty Cars

I’ve got this mental image of cars in some kind of mean girls’ fashion bad mouthing their peers with unusual paint jobs, bald tires, or sloppy drivers. But some of that actually isn’t that far from the truth because the car will often know if it is being poorly maintained, its driver is driving impaired or just driving badly, or it sees another car that is behaving dangerously. When that happens, it will alert out to other cars to stay away, alert law enforcement that there is a possible unsafe and dangerous problem, and, depending on the situation, call for help.

Degrading road conditions, impending weather events (flood, tornado), or any accident would be captured and result in an alert to any other car in the area effectively allowing the other drivers to avoid the problem.

Waze is arguably the best phone-based GPS navigation system currently in market. However, it is far from perfect often navigating you into unsafe areas, alerting you of things that either don’t exist or aren’t where they say they are, or failing to alert you in time to avoid the problem. A lot of this is due to the fact that humans have to do the reporting and we are not that reliable, and a lot is because Google is kind of a jerk of a company and doesn’t want to proactively keep folks safe.

My own bad experience was on Maui where there is a back road that, if you drive it, it will void your rental insurance, yet Waze took me down that road without any warning or alert. There have been folks actually killed because Waze took them into extremely unsafe areas and there are roads known to be extremely dangerous that Waze regularly navigates folks down. And Waze is arguably the best which means you likely can get into even more trouble with other systems.

Well this technology gets companies like Google out of this process and should tie navigation and accident avoidance into the Smart City systems currently going up. Now I’m as skeptical of government agencies as the next person but they clearly have a mandate to keep you safe and should do a far better job of that. More important, companies like Ford aggressively protect the safety of their users and Panasonic is well storied as being exceptionally protective of their customers.

The end result, initially, would be a far safer and accurate system that will get you where you need to go, automatically call for help often before you know you are in trouble, and be far better at keeping you out of trouble in the first place. Integrated with the coming wave of Autonomous cars it will also make them far safer and far more capable of anticipating problems rather than rolling blindly into them and that could make all the difference in the world.

Wrapping Up: A Powerful Improvement

Now, as cars get smarter, I still wonder if they’ll bad mouth other cars and particularly the ever-decreasing number of human drivers. But, until then, this coming wave of C-V2X vehicles will massively help our move to fully autonomous cars eventually and make those of us that have the technology in existing cars far safer immediately. And keeping us and our loved ones safer and better protected is what technology should focus on making this potentially life saving for some of us. Now if I can just be sure I won’t get another back-seat driver with an even louder voice I’ll be good.

Tablet versus Laptop: Which is the Best Option for Your Child?

BestOnlineCoursesCoupon – A Right Place to Maximize Your Knowledge