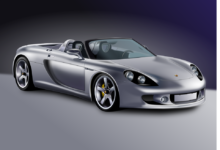 Car shows are supposed to be fun. The enhanced vehicles, meeting other car enthusiasts who love cars just as much as you do and finding that rare gem you never thought you’d see. Most car lovers have been to enough shows to know how to act at a car show. But there is often still the odd behavior that can put off even the most hardened car lover.

The following list should give you an idea of some of the behavior we are talking about and how to avoid being at the center of the wrong kind of attention at a car show;

1. Don’t burn out before leaving. The sound of the roaring engine, the smell of rubber and the sight of a barely restrained 2-ton machine are all awesome. But you must keep in mind that the only thing keeping the car from barreling into a spectator is the front brakes. So, avoid doing this at the tail end of the show when everyone is everywhere.

2. If you want a great spot for your car, you will show up on time. Plus arriving late and throwing off the schedule doesn’t look too professional.

3. Stay in your parking space. As much as you’ve spent a lot of time modifying the car to look its best, don’t try to show it off by parking diagonally across 2 parking spots. There are other cares in the show that need to be seen as much as you do.

4. You also want to notify the organizers if you are going to be leaving the event early. It sounds obvious but most people fail to do this, throwing off the schedule.

5. It is important to also follow the event staff directions. They are aware of what needs to go where and why. Arguing with them or failing to do as you’re told will only serve to delay the event and take up much of your time.

6. As appealing as they can be, drag races are illegal on public roads in most countries for a reason. If you must have one, avoid public roads. This also goes for using show plates on a public road.

8. While we are on the topic of emotional tirades, we thought we’d point out that it needs to be a two-way street. Treat everyone at the car show with the respect they deserve. This means don’t touch their car or invade their space unnecessarily.

10. Finally, respect the judges’ decision even if it did go against you. The car show community is a small one; don’t burn bridges you will need in the future.

Why Business Experts Like Ty Rhame Should be Your Inspiration