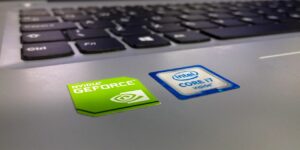 We are moving to a time when we will be doing most of all our computing in the Cloud.  The advantages to this approach are numerous and surround the concept of the PC appliance we’ve all hoped we would someday get.  There were several advantages to the old days before PCs when we used terminals which rarely needed to be updated, couldn’t run malware, and worked like TVs do in that you plugged them in, turned them on, and they just worked.

When we eventually move to the Cloud for our computing power the same experience will be available to us, we’ll turn the machine on, and it will just work.  One of the most difficult things to do in the Cloud, however, is gaming because it is both resources intensive, and it requires very low latency.

This cloud move is why the GeForce NOW launch this week is so important.  It showcases state of the art regarding cloud computing for users, and it will help move us all into a cloud-based future.

Getting Around The Performance Problem

While you can upgrade most desktop computers with graphics to make them game cable laptops and all-in-one PCs are generally not upgradeable, and most of us use laptop computers these days.  You could get a gaming laptop or desktop PC, but they are wicked expensive and, the one I’m using now would cost around $6K, forcing most people to either miss out on gaming or to have to play the game with the features mostly crippled.   The experience is kind of like watching a major movie that was shot in IMAX on your cell phone. You don’t get a great experience.

Now you don’t need this performance, generally, all the time just when you load a game and while professional players will generally prefer their hardware, and can justify the cost, the rest of should be happy with a service that provided the technology when we needed it.  This advancement means we can get the laptop we want, which is lightweight, has good battery life, and has an affordable price AND use a cloud gaming service that provides the extra performance we need but only when we need it.

To get there, we needed hardware that was designed for cloud loading, a service that would provide access to it, and a low latency network so we could live with the result.  With the 5G rollout, we are getting the low latency network we laptop users needed, and with GeForce NOW, we are getting a service that gives us the performance we need but only when we need it for gaming.

This game service from NVIDIA has been in beta for an extended period, and it launched this week.  There are two models: a free model that gives you a taste of the service but only allows 1 hour of gameplay before it logs you out (you can log right back in) and doesn’t connect you to NVIDIA’s most powerful GPUs.   Think of this service as a way to kick the tires.

The service with a fee, and that fee is $4.99 a month, provides priority access (if the servers are loaded you’ll get in but the free users may not), you get a 6-hour session limit (you also can log back in), and you get access to NVIDIA’s latest hardware with RTX turned on.  For Founders, those that sign up now, you’ll get the first three months free if you take the premium “Founders” service.

The current game library is 50 topflight games with more coming online every day. Hundreds of games can be played with instant access and over 1,000 more are available with single-session installs. Platform supported are Windows PCs, Apple PCs, the NVIDIA Shield set-top box, and Android.  Next on the list are Chromebooks, which are like mobile terminals, and with this back-end cloud power, a Chromebook could be turned into the closest thing we have in the general market to a terminal.

I’ve been playing with GeForce now on and off, and the performance and graphics are in line with the desktop experience, and while I’m currently using a wired network, on 5G, this performance should cross over to laptops that have either 5G or Wi-Fi 6 connections.

Wrapping Up:  A Taste Of The Future

I expect that by the end of this decade, we will all largely be computing in the Cloud and using increasingly thin and light hardware that uses 5G or Wi-Fi 6 to get the network performance we need for this to work.  The NVIDIA GeForce NOW service provides an early view of the state of this technology today. You can try it out for free and see if you can live on the Cloud today and get ready for our Cloud future tomorrow.

If the Cloud is the future than GeForce NOW is a major step to getting there, I’ve tasted the future, and it isn’t bad, it isn’t bad at all.