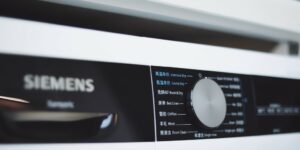 I once worked for Siemens. It’s an interesting company that’s heavily driven by financial considerations and provides some of the most powerful large-scale industrial solutions in the world ranging from transportation to communication to manufacturing. It’s thought of as more of an old-school company and often not connected to the cutting edge of technology (though it has been connected to very advanced projects like Maglev trains in the past), which is why the recent announcement that they would be partnering with NVIDIA on an Industrial Metaverse solution was so fascinating. (By the way, if you ever get a chance to ride the Maglev trains in China, it is an amazing experience that showcases just how far behind we are in the U.S. on train technology).

When it comes to the metaverse, NVIDIA is the technology vendor to watch. NVIDIA tends to build parts, not solutions, but with the metaverse being so new, it went far farther than usual to create Omniverse, a fully capable metaverse platform that is currently unique in the market given it is designed as a final solution, but something a third party could use to create a product targeted at a potential market or opportunity. NVIDIA knows what is needed because it has used Omniverse to create a near-complete solution for the automotive market and as a foundation for its Earth 2 Metaverse project focused on dealing more effectively, and hopefully more economically, with climate change.

Companies like NVIDIA like to focus on creating platforms and technologies that do amazing things. They don’t usually focus on individual customers or industries outside of gaming and automotive largely because there are other firms, like Siemens, who aren’t competitors who have far deeper skills and far more focused capabilities than NVIDIA is interested in building or buying.

In fact, NVIDIA’s path is wise because by not competing with Siemens-class companies, it can use those firms as a force multiplier and grow its product reach for sales and services far more quickly than if it decided, like Apple would, to go it alone. This has allowed NVIDIA to expand more rapidly in this evolving market by staying laser-focused on technological advancement instead of building new channels and support structures that are already built-in to firms like Siemens.

Siemens gains technology in the metaverse more quickly, making it more capable of acquiring and holding related clients, while NVIDIA gets a bigger sales and service reach with a well-regarded and very capable global vendor.

The result should be a rapid deployment of metaverse tools and capabilities globally for both NVIDIA and Siemens, moving Siemens from one of the vendors considering how to create the metaverse, to one of the leaders deploying it.

BMW was the first showcase of how the metaverse could be used to improve the process of creating, maintaining, optimizing, and assuring the safety of future highly automated factories.  Using the Siemens Xcelerator platform they were able to create an amazing new factory, first digitally, then physically, all based on NVIDIA’s Omniverse 3D collaboration and simulation development platform.

The result not only helped create the factory in record time but assured that the robots to be used in the factory were safe, efficient, and optimized for the environment upon completion rather than having to wait for a lengthy test and certification process post-build. The advantage of a tool like Omniverse for testing is that you can run years of testing in hours because you are operating at machine speeds, and this allows you to better anticipate fringe events that might not have been caught through physical testing.

This is a huge step towards making one implementation of the Metaverse real. Much like it was with AR and VR where the real money was in industry, not the consumer market, the same is likely true for metaverse. The cool consumer stuff is coming, but the industrial efforts have arrived, and NVIDIA  working with Siemens is a showcase of how mature this technology is in the manufacturing space. Another area that is in full production is automotive and, I believe, the reason we will have Level 3+ autonomous cars in 2025 will be because of Omniverse and the massive amount of testing that it enabled.

Thanks to companies like NVIDIA and Siemens, our robotic future is coming far faster than most realize, and by the end of the decade, we will likely see a massive change in the world as a result.

Pinball vs Plinko: What’s the Difference?